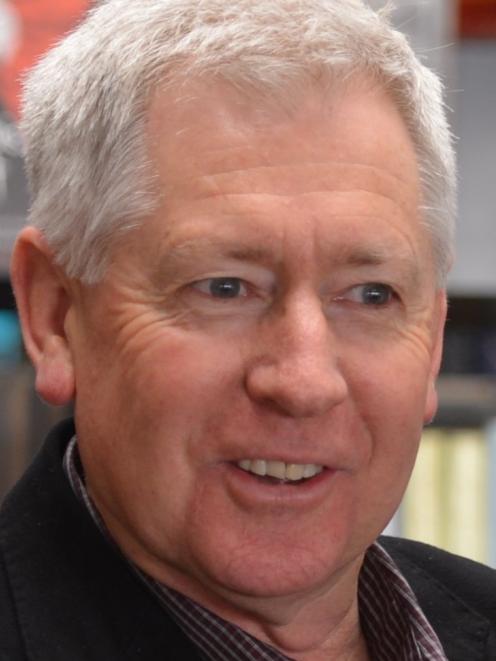 Bernie Hawke
The Dunedin City Council is owed more than $500,000 in library fines, despite using debt collection agency Baycorp to pursue tardy borrowers as far as Australia, it has been confirmed.

Figures released this week showed the outstanding debt included $111,983 in fines levied since the start of this year, but also $410,343 in unrecovered fines dating back up to a decade.

That was despite using Baycorp to pursue more sizeable outstanding debts, in one case as far as Australia, council arts and culture group manager Bernie Hawke said yesterday.

The council had also written off other debts, dating back over longer periods, after being unable to recover money, adding to the total bill, he said.

Mr Hawke said the amount owed was not reducing the council's ability to invest in library acquisitions, but it was hitting the bottom line.

Fines were treated as revenue, and while some was built into libraries budgets, the rest would end up in the council's consolidated account if paid tomorrow, he said.

''If all of that was paid, hypothetically, then that would represent a revenue to council.''

Mr Hawke's comments came days after he confirmed a proposal to reduce the debt limit for individual borrowers was being considered.

At present, library users with outstanding fines of $20 or more are prevented from borrowing until they reduce the size of their bill.

It was felt a lower limit, of $15, would encourage more people to return their books sooner and help reduce the $55,000 in outstanding debt that fell between the two sums, he said.

The council would need to balance that against concerns any change could drive people away from libraries, he said.

The council's latest debt figures showed $14,148 in outstanding fines for 2006 was still owed by 1225 members, and larger amounts by more users in later years.

Mr Hawke said the council had been unable to recover the historic debts, despite using Baycorp and another agency, Unique Management, in an attempt to contact those owing money.

Mostly that was due to members no longer living at the address to which their cards were registered, he said.

Baycorp was used to try to trace people, but typically only for larger amounts outstanding, he said.

The total bill owed to the council was comparable with library debts in other centres, and some members always carried ''a level of current debt'' on their cards, he said.

But he conceded the council was less likely to recover debts the older they were.

''That's exactly the reason we're exploring what is the best approach to take with debt levels.''