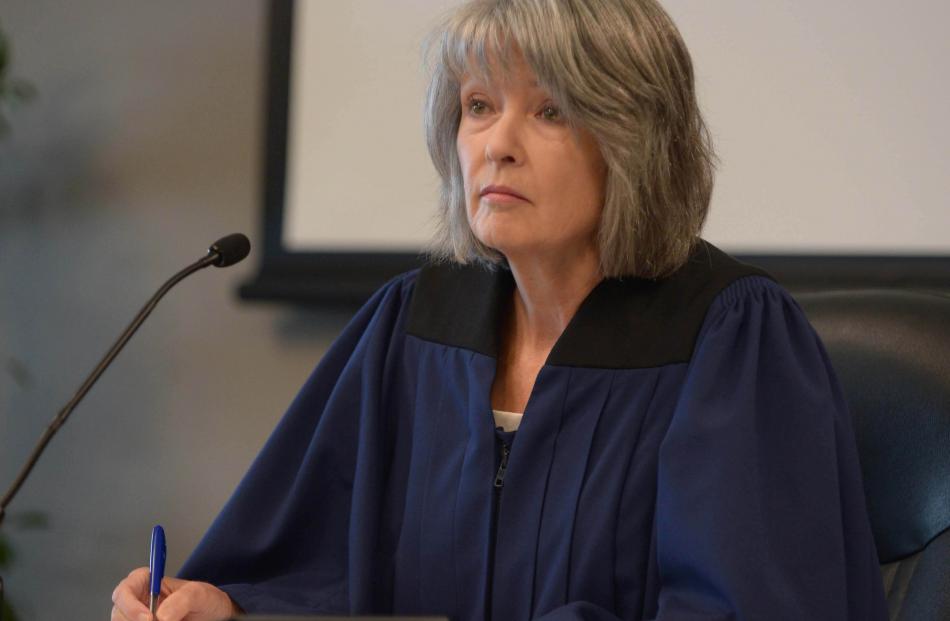 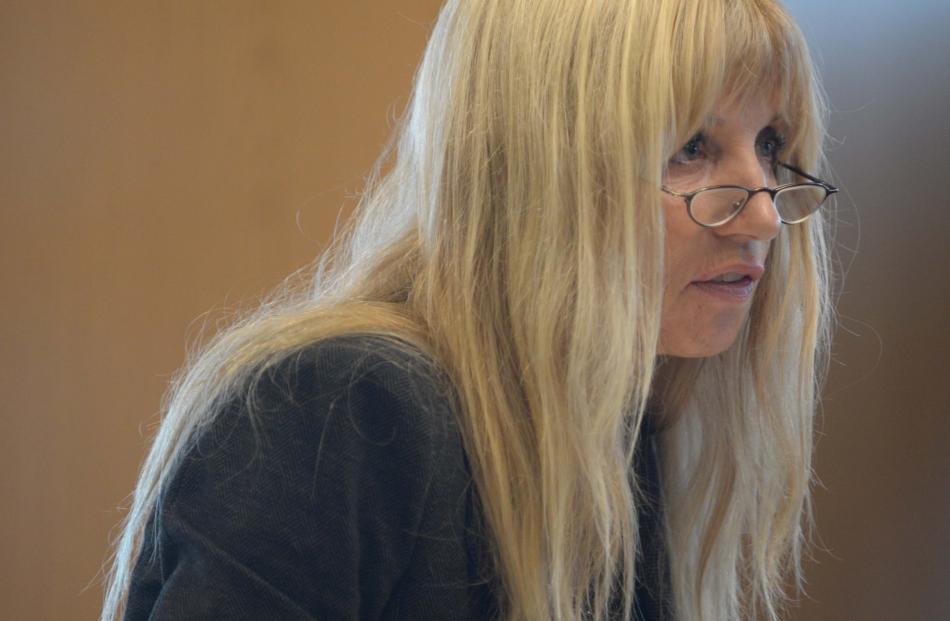 Counsel for Katharine Webb, Mrs Anne Stevens, asks a question during the first day of the Livingstone coronial hearing in Dunedin this morning. Photo by Gerard O'Brien. 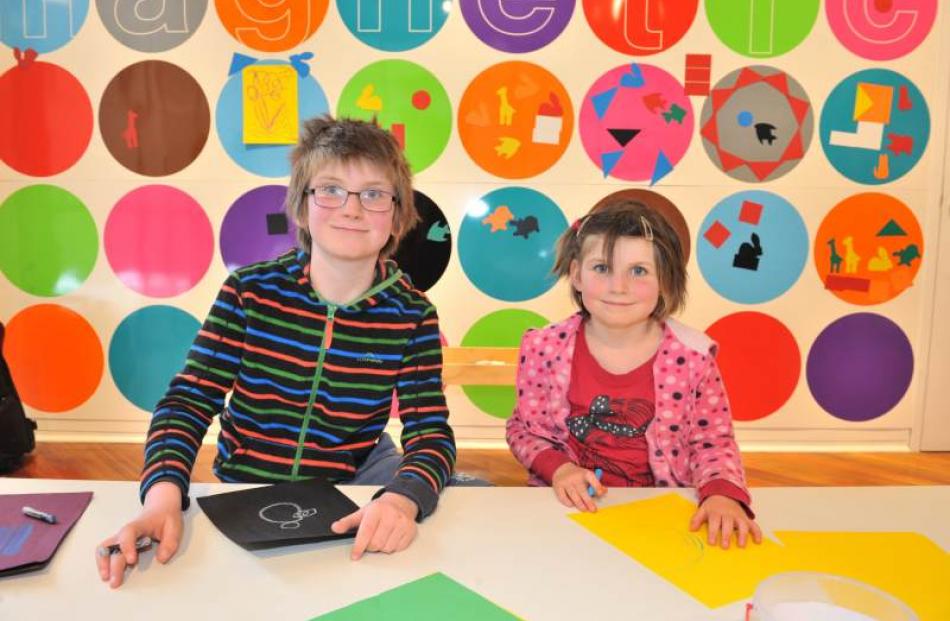 The duplicity of Edward Livingstone has emerged during the coroner's inquest into the death of himself and his children.

Bradley (9) and Ellen (6) Livingstone were shot dead in their beds by Mr Livingstone on January 15, 2014, at the Kiwi St home the children shared with their mother.

It appears he then turned the gun on himself in the bedroom he formerly shared with his estranged  wife, Katharine Webb.

Livingstone had deceived him during that time, Dr Wisely conceded when questioned by Anne Stevens, counsel for Ms Webb.

Dr Wisely was unaware of Livingstone's prior conviction, in Australia, for arson or that he had presented bullet casings to his children as a present.

Those factors were relevant to his treatment and the ensuing deaths, Dr Wisely said.

However, Livingstone had convinced Dr Wisely that he was "managing as best he could considering the circumstances''.

"He did not harbour antipathy towards Katharine at all and that seemed to make sense to me because I couldn't understand why he would; she seemed to be entirely the victim in this,'' he said.

Livingstone had told Dr Wisely he suffered an abusive upbringing at the hands of his father and was abandoned by his mother when he was 3.

However, there was nothing he had heard or seen to suggest the tragedy that would unfold, Dr Wisely said.

The stable exterior Livingstone presented to Dr Wisely was in stark contrast to what former friends and acquaintances had seen.

Former friends and acquaintances of Livingstone have told the court he had spoken of his desire to kill his children and estranged partner months before he took Bradley and Ellen's lives.

Jeffrey Fleming, the husband of a co-worker of Livingstone's, told the court that Livingstone had stated his intention to kill Bradley and Ellen, shortly after Mr Fleming and Livingstone first met in mid-2013.

"The first method was stabbing them with a knife, he told me that he was thinking about that,'' Mr Fleming told the court.

"Then after that he said another method would be shooting them.''

Livingstone briefly lived with Mr Fleming and his wife.

Livingstone moved out of the Kiwi St home he formerly shared with his estranged wife, Ms Webb, after the relationship completely broke down in May 2013.

The coroner's court heard how Ms Webb left Livingstone after he raped her for five hours while the pair's then 5-year-old daughter was present at the house.

Ms Webb told police about the rape but did not want to pursue charges.

"That wasn't my focus . . . my main focus was the safety of the children and just to get away from him,'' she said.

Livingstone also outlined his plans to kill the children and Ms Webb to his former neighbour, Melanie Foot.

Livingstone told Mrs Foot he would kill the children and Ms Webb with the back of an axe before taking an overdose of sleeping pills, Mrs Foot told the court.

He planned to gather the family together into bed before setting fire to the family home.

She passed the information on to police, but they did not take it seriously or treat it as a threat as it was hearsay, she said.

Robin Bates QC, counsel for police, questioned whether Mrs Foot had called police about the threat and passed the information on.

"I don't know the date that I talked to police, whether it was the 8th [of August] or earlier or later but I definitely made the call,'' Mrs Foot said.

Many of the witnesses spoke about how Livingstone blamed his feelings and thoughts on anti-smoking medication Zyban.

Earlier, the court heard how Livingstone had presented bullet casings to his children as a gift in the months before the killings.

Ms Webb said she felt it was a message to her and it frightened her to find Livingstone had access to firearms.

She also believed that Livingstone might have slashed her car's tyre.

Those incidents were outlined during Ms Webb's emotional and harrowing testimony.

Ms Webb detailed how Livingstone had cancelled her house and car's insurance and contacted a real estate agent to put the house on the market - all without her consultation.

Mr Foot told the court Mr Livingstone had sent him a text message saying "look after yourself karma will get Kat'' only hours before the killings.

Mr Foot confronted Mr Livingstone as the shooting unfolded and was himself fired at.

Chief coroner Judge Deborah Marshall said Mr Foot was an "extremely brave man'' for putting the children's safety before his own on that night.

The hearing is set down for four days.