Looking on bright side 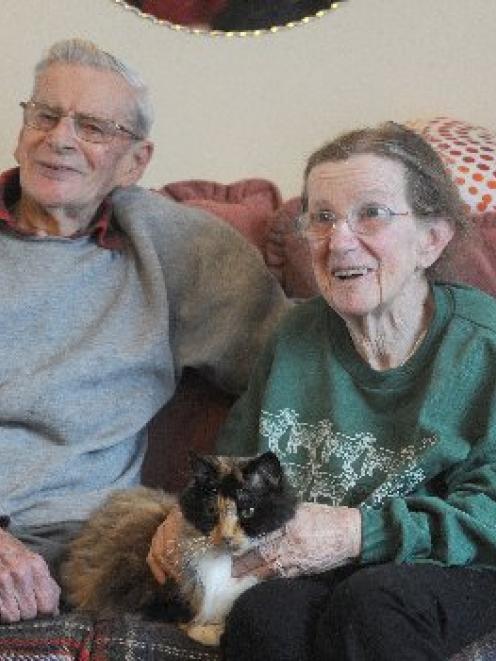 Dementia sufferer Bev and her husband, John, with Fluffy the cat. Photo by Peter McIntosh.
Living with dementia is difficult but it helps to have a positive outlook, says a Dunedin sufferer.

Bev has had dementia for up to three years, but it has only been severe for about a year, her husband, John, says.

The couple did not want their last name used.

This week is Alzheimers New Zealand's awareness and appeal week.

The organisation predicts that by 2026, the number of people in New Zealand with dementia will have doubled.

John said one of the hardest things about having dementia was the reaction of family, who sometimes seemed "flabbergasted" and did not know what to say.

It was good to receive daily phone calls from concerned offspring, John said.

Bev said some days were better than others, but it helped to keep positive.

John had read up on the best foods for people with dementia, with green leafy vegetables and nuts getting the thumbs-up.

It was best to avoid cheese and alcohol.