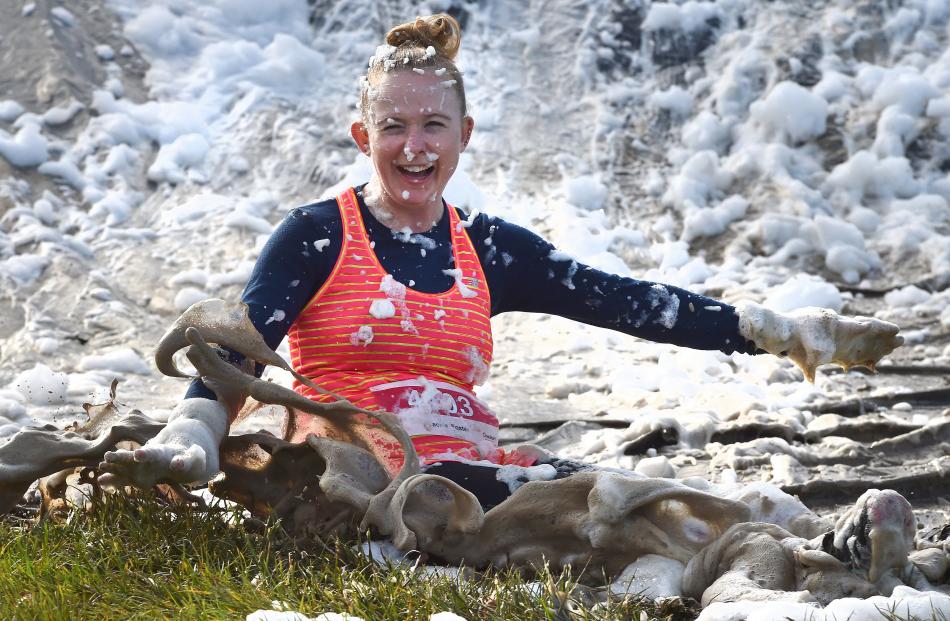 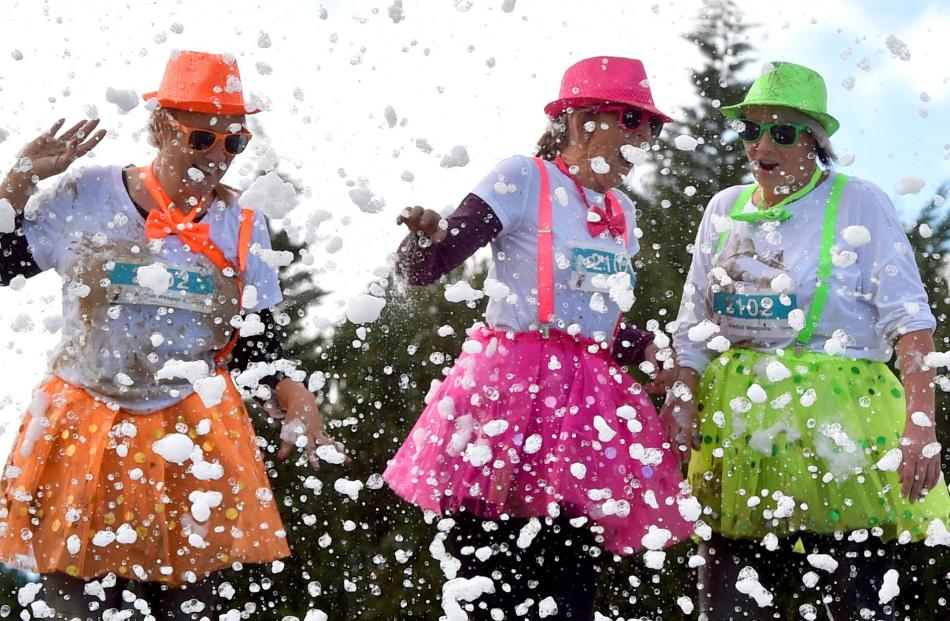 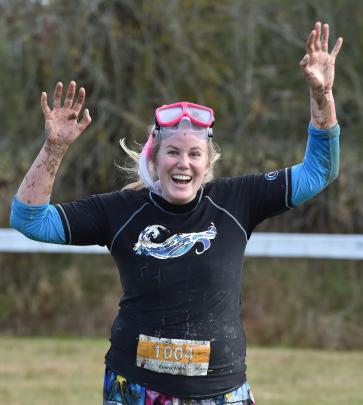 Emma Weith says her snorkel and goggles were very functional. 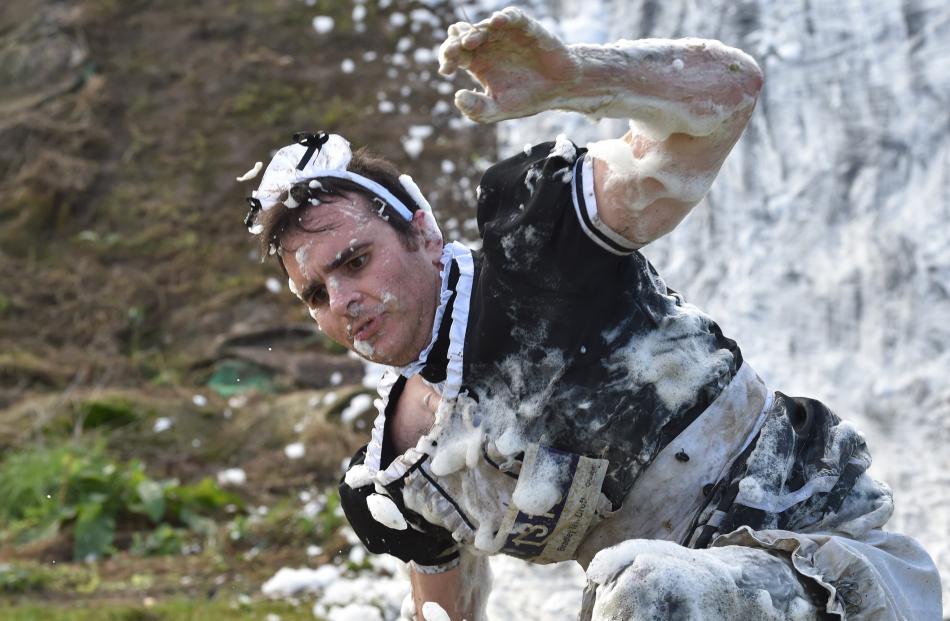 Bradley Croft, dressed in a maid’s outfit, emerges from a soapy slide. 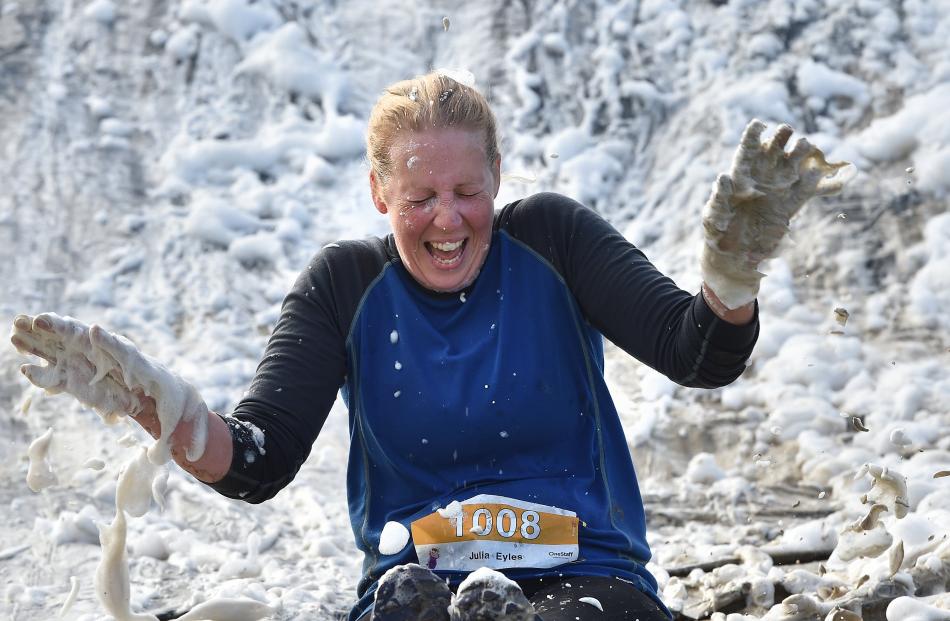 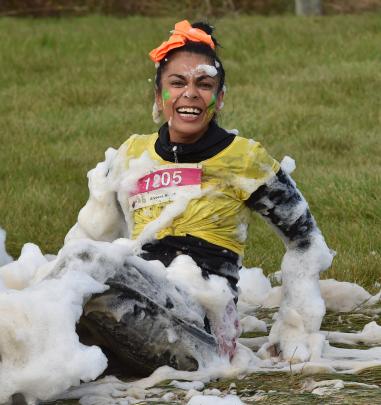 Alveera Hynes awaits her next challenge. 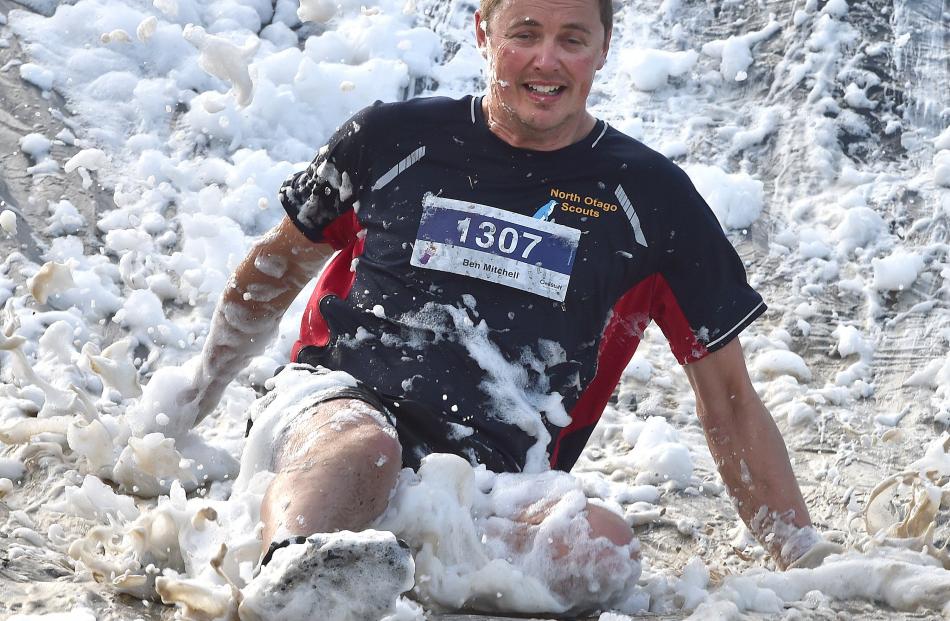 Ben Mitchell, third in the men’s 5km race, slides down a bank. 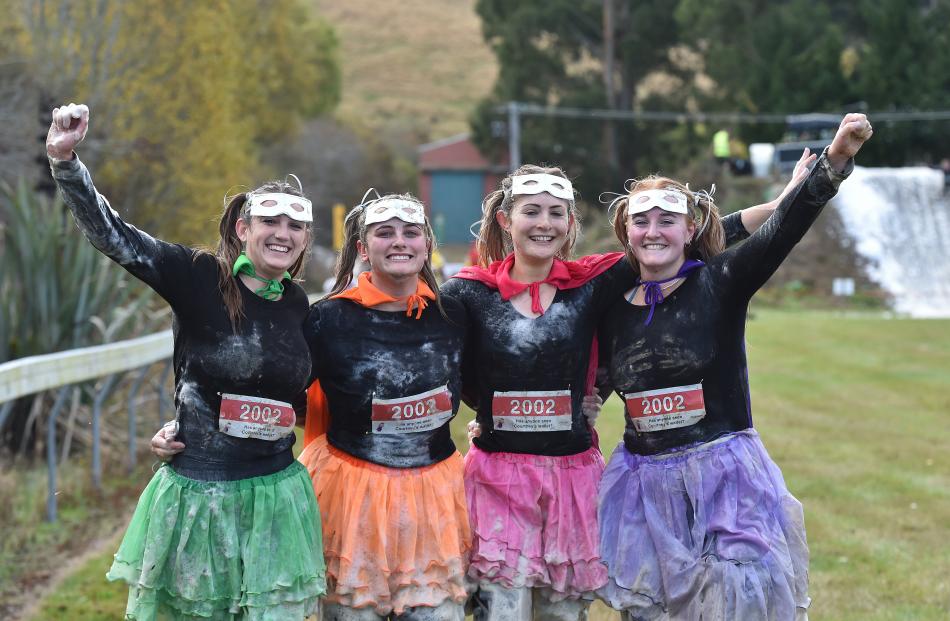 ‘‘Has Anyone Seen Courtney’s Wallet?’’ advances along the Wingatui Racecourse. 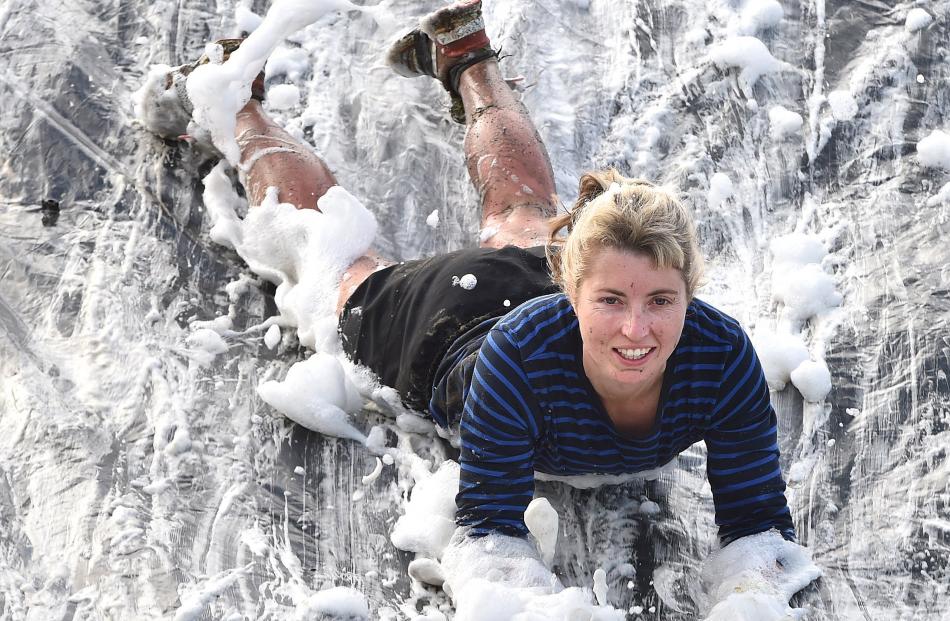 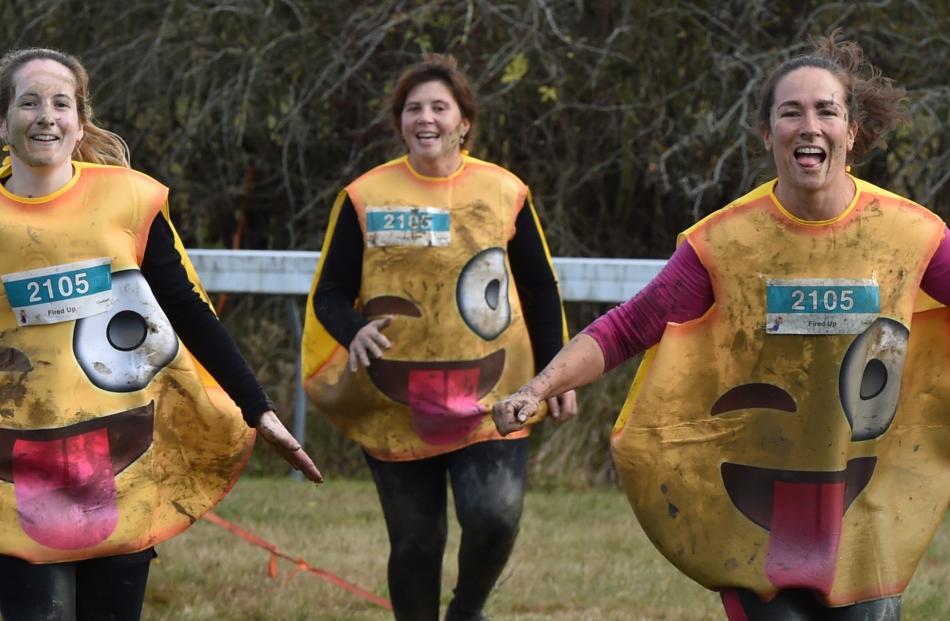 ‘‘Fired Up’’ embraces the challenge.

Slippery slides and watery trenches were just two of the obstacles faced by entrants in the Mud, Sweat and Tears challenge near Mosgiel.

About 380 people crawled through tunnels and under a net and barbed wire, hurdled hay bales and jumped into skip bins at the Wingatui Racecourse yesterday.

A cold beer awaited those who wanted one beyond the finish line and OneStaff Mud, Sweat and Tears event director Simon Carter said the weather was ideal for the morning’s fun.

Entrants competed as individuals or in teams and they negotiated a 5km course or, for those who braved a second lap, 10km.

The event has been running for eight years.

Many of the competitors enjoyed a soapy slide down a bank.

"The tunnels were pretty cool, though."

His co-worker Bradley Croft, also of Balclutha, said he lost a shoe on the course.

"Everyone is here for a good time."

Teams included "Huffin and Puffin", "Keep Calm and Muddy On", "Has Anyone Seen Courtney’s Wallet?" and Dunedin gym Am I Fit’s " Am I Mud".