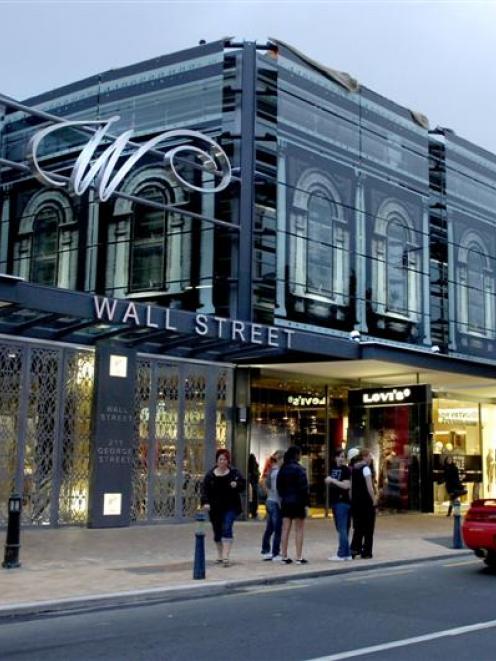 Wall St Mall. Photo by ODT.
Dunedin City Council staff have ''major concerns'' about the cost of displaying the fragile remains of a historic pedestrian causeway under glass inside the Wall Street mall.

The timber remains - believed to date back to the 1850s - were unearthed during construction of the mall in 2008, and some were to be displayed inside a glass case built into the mall's floor.

The rest would form part of an exhibition inside Toitu Otago Settlers Museum, once a chemical treatment and water-removal process was completed.

However, council staff now had ''major concerns'' about using an existing glass cabinet built into the mall's floor, which was intended to house a preserved part of the causeway.

That was because a full temperature [and humidity] control system would need to be installed in the cabinet to prevent further deterioration of the 19th-century timber, she said.

The implications of installing the timber inside the mall would need to be considered ''seriously'', as an unspecified amount of extra money would be needed, she said.

An alternative might be to install an audiovisual display inside the mall directing people to Toitu instead, she said.

To this end, council staff were discussing their plans with staff from Toitu and the New Zealand Historic Places Trust, she said.

''We need to definitely get some more advice as to what type of temperature control is going to be required.

''We have got quite a bit more work to do before we can actually do something with it.''

When discovered, the pedestrian causeway was described as a find of national significance, even though 60% was found to be too rotten to save. The rest had been soaking in tanks of polyethylene glycol (which displaces and replaces the water in wet wood) ever since, overseen by University of Auckland conservation expert Dilys Johns.

It had been hoped the remains would be treated sufficiently to be displayed by mid-2010, but stabilisation of the timbers had already taken well over two years longer than was expected.