Many forces at play in hospital food proposal 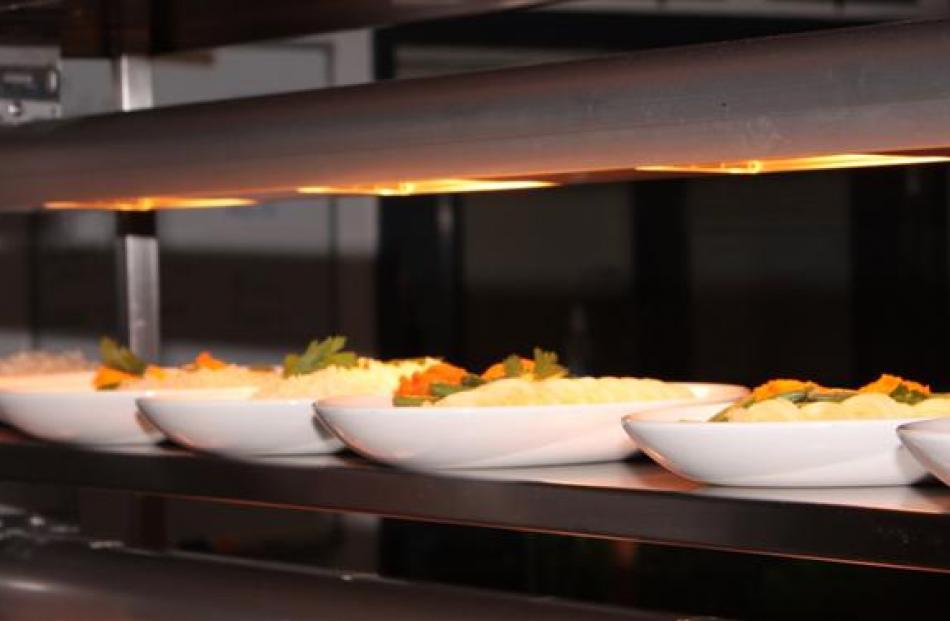 Food from the Dunedin Hospital's kitchen. Photo by ODT. 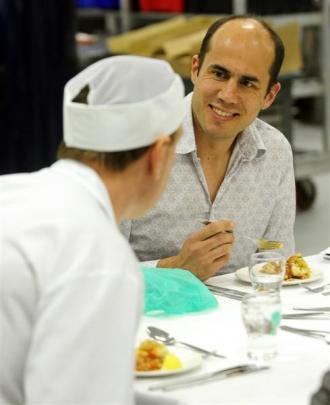 Southern District Health Board kitchen staff have waited about two years to find out whether the board will go ahead with an outsourcing proposal. Health reporter Eileen Goodwin speaks to some of those involved, and looks at the background of the issue.

Only one Southern District Health Board member will say how they plan to vote in the upcoming kitchen privatisation vote.

But their comments - that they oppose the plan - were withdrawn once members were reminded they were not allowed to discuss the matter.

Not long after the Otago Daily Times started to contact board members this week to ask about the Compass Group proposal, members were emailed copies of the code of conduct, the relevant section highlighted in yellow.

No board member, elected or appointed, is allowed to discuss upcoming board or committee matters before a meeting. Of board members who could be contacted, most said they would wait and see.

Just who sent the reminder is unknown.

The ODT agreed not to use the comments or name the member in this story, but the situation illustrates both how debate on health is muted in New Zealand, and the particularly fraught mood at the financially troubled health board.

The vote, to be taken behind closed doors at a meeting on May 7, will determine the future of kitchen workers in Dunedin and Invercargill.

Rumbling away for more than two years, largely attracting little attention, the proposal was the brainchild of the Government's Health Benefits Ltd, the soon-to-be disestablished entity whose work has been controversial, at times troubling, to the DHB sector.

Critics' epithets for HBL include ''white elephant'' and a ''Ponzi scheme'', but the idea for a national health service had merit and a sound rationale - at least on paper.

Two years ago a document leaked with details of the planned ''collective approach to food services'' to unite a mishmash of services.

Already, 60% of boards had outsourced food services; the rest, including Southern, provided it in-house.

However, HBL's many critics in the sector say its flaw was trying to impose cookie-cutter solutions with a big city focus and narrow accounting approach.

Dunedin Hospital's kitchen has been a source of pride, receiving a high level of investment, in part so it could help provide Southland Hospital meals.

Dunedin Hospital was the first in New Zealand or Australia to use the pod technology.

A meal quality ''revolution'' had been championed by the late Sarah Marshall, the regional executive chef, according to her obituary, published in the ODT in 2011.

The kitchen held group taste-testing sessions in honour of Ms Marshall, who had started the initiative.

One in 2011 included Riverstone Kitchen head chef Bevan Smith, at which guests sampled ricotta and potato gnocchi with spinach bolognaise, couscous terrine, Roman gnocchi with a tomato and oregano sauce, followed by panna cotta with orange and honey.

The issue struck a chord with people concerned about the region losing too much infrastructure, particularly when details emerged recently of plans to truck the meals on wheels portion from Auckland.

The first implementation date for the programme, December 2013, came and went, while the idea of a national food service was quietly dropped.

However, boards were encouraged to enter into the negotiated 15-year contract with Compass at their own pace, and many are doing so.

Three big Auckland boards are in; Waikato adopted a wait and see attitude, an option unavailable to Southern because of its financial difficulties, chief executive Carole Heatly said at a meeting in Dunedin this week.

The all-important savings, about 0.05% of the board's income (assuming flat income) over 15 years, or $7 million, sound puny alongside the likely loss of jobs, and effect on local food suppliers.

However, the board is in financial trouble, and much of its income is locked into spending over which it has little discretion.

It needs to cut cost wherever and whenever it can to move the South on to a cheaper health service model.

The situation has created tension between the board and kitchen staff, who have had the proposal hanging over them for more than two years and are frustrated by a lack of information.

It has also been difficult for the media to obtain information; the health board almost always batted off queries to the Auckland-based HBL.

Compass is likely to need fewer staff in Dunedin and Invercargill, but would conduct its own review before deciding how many.

This week, HBL answered some questions, but others, including the cost of developing the food programme, it said had to go through the Official Information Act process, which takes up to 20 working days.

HBL did not disclose its forecast savings for the entire sector for its food project, but said if all boards adopted it, possible savings were up to $190million over 15 years.

''The proposal, however, is as much about quality and achieving a national standard as it is cost savings,'' HBL said.

In 2013, the programme cost was estimated at $3.1million, which is not factored into projected savings.

The cost of developing some programmes has taken longer, and has been more expensive, than expected.

Last week, it emerged that HBL owes the Government more than $10million in a little-known loan that has to be repaid by health boards.

Departing board chairman Joe Butterfield recently said that unless worker representatives go ''a long way'' towards showing they can match savings promised by Compass, it is likely the outsourcing will be adopted.