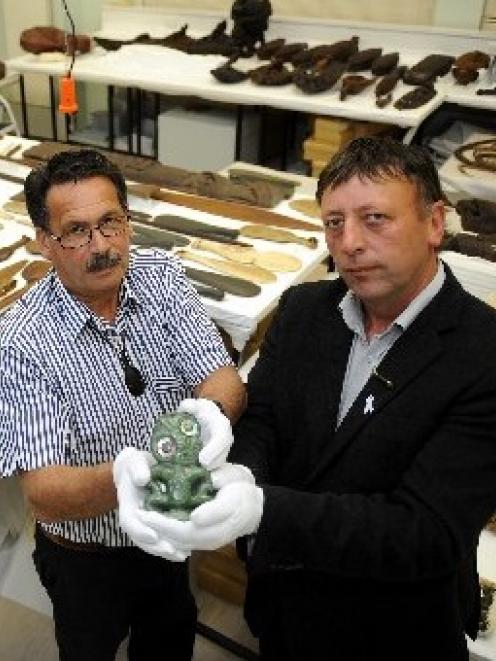 The as-yet unnamed exhibition of between 200 and 250 Maori exhibits would be flown to the Chinese city in the middle of this year, although no firm date was set, director of exhibitions, development and planning Clare Wilson said.

It reciprocated the 2008 Dunedin exhibition of Emperor's Dragons, from Shanghai Museum.

The Chinese museum had planned a Maori exhibition for years, and was excited it had finally been confirmed, Ms Wilson said.

Museum staff would be busy in the coming months preparing interpretive material for the exhibits, which would be translated into Mandarin by Shanghai staff.

It was quite different from preparing interpretation information for a New Zealand audience, as Shanghai museum-goers would have little background knowledge of Maori culture and history, she said.

Shanghai Museum receives more than a million visitors a year.

Most of the exhibits were in storage, rather than on display.

It was expected interest in greenstone items, such as large decorative tiki, would be high given the prominence of the stone, known as jade, in China.

Maori adviser John Broughton, of Puketeraki (Karitane), said the depth and range of the pieces, from all over New Zealand, was impressive, and many were hundreds of years old.

Mr Broughton was helping advise on Maori protocols, particularly farewelling and welcoming the exhibits back from China, where they would spend three to four months.

A museum representative would oversee transit of the exhibits, and a delegation from the museum, including Maori representation, would go to Shanghai for the opening, Ms Wilson said.