Margaret Moth seldom out of the light 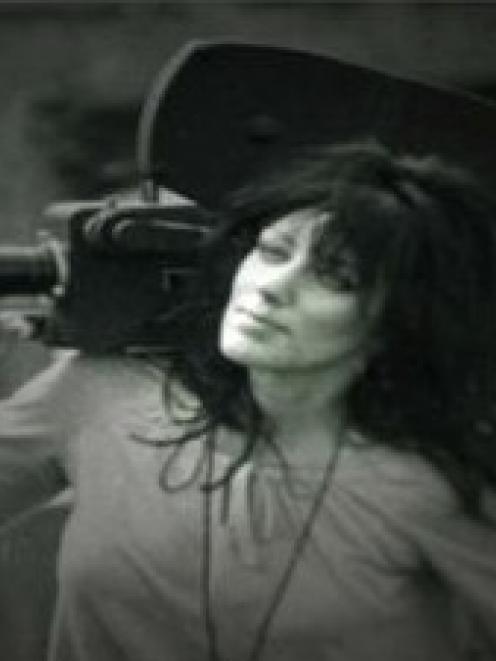 United States news channel CNN has created a documentary about former Dunedin camerawoman Margaret Moth, who became world famous when she was shot in the jaw by a sniper 17 years ago, in Sarajevo, and is now in a hospice suffering from terminal cancer. Photo from CNN.
The former Dunedin television camerawoman who went on to work for CNN, was badly wounded in Sarajevo and is now terminally ill with cancer in a United States hospice, is remembered fondly by those who worked with her.

Margaret Moth (58) made her mark in Dunedin in the late 1970s as an intrepid camerawoman, a fearless sky diver and an enthusiastic bell ringer.

"She never did anything naughty, but she often just pushed boundaries with a twinkle in her eye."

A video of her news camera work in war zones, both before and after being shot in the jaw by a sniper, has been produced by CNN.

Entitled Fearless, it details her approach to danger.

In the video, she says she was always very careful.

"I think some people are really brave. Some people are cowards. Most of us sort of fit somewhere in between and I guess I just think of myself like that."

Mr Donovan remembers the day she changed her name from Margaret Wilson to Margaret Moth.

"I recall her saying she in fact wanted to change it to Tiger Moth but it wasn't allowed . . . she loved the Tiger Moth aircraft."

Ms Moth says in the video she wanted to change her name because "every class, when you grew up, there were at least three Margarets".

"I thought, why should I have to live with my father's name? Why can't I have my own name?"

When she lived in a Serpentine Rd flat, she would collect kindling wood from beneath nearby trees.

"I remember her with great glee one day telling us that some kids had seen her this night and run in fear saying `There's a witch, there's a witch'."

In a 1976 Evening Star interview, Ms Moth said she loved her job.

"Some people work with words, others with pictures; I can talk anybody into anything, but I can't express myself in writing."

Born in Gisborne, Ms Moth said she had initially wanted to be a mechanic but she could not get an apprenticeship.

"It was the first time I realised that being female is a handicap."

She attended the University of Canterbury, where she specialised in film and photography before coming to Dunedin as the first news camerawoman in New Zealand.

She described bell ringing as "a lot more difficult and frightening than skydiving".

"The bells are really heavy and it is quite difficult to control them. It can be horrifying when a quick jerk back just about breaks your arm."

In April 1976, Ms Moth flew with Dunedin freelance camera operator Ken Lloyd in his hot air balloon over the Maniototo.

At about 2000m, she jumped and parachuted safely to the ground.

Mr Lloyd said jumping from a balloon was not for novices because a sky diver jumping into still air initially had less control.

The jump was filmed for regional television programme Look South by cameraman Barrington West and reporter John Keir, who remembers having a "fantastic day".

He believed the 15 minutes of news film had since been lost.

On July 23, 1992, Ms Moth created world headlines when she was shot in the jaw while travelling through Sarajevo with a CNN news team.

"My face, it felt like my face was falling off. I remember, I was trying to hold it on.

News reports suggested she might not survive, but two years later, after much reconstructive surgery, she went back to her job in Sarajevo.

Ms Moth was diagnosed with cancer more than two and a-half years ago and entered a hospice in Rochester, Minnesota, early last month.

She said in the video: "I would have liked to have gone out with a bit more flair but I feel I can die with dignity. I don't think it matters how long you live, so long as you can say: `I've gotten everything out of life'."