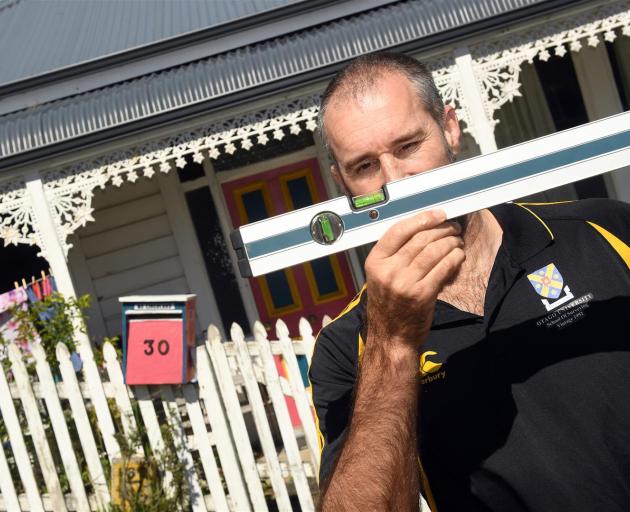 Toby Stoff has returned from Wales with data he says backs up his claim that Baldwin St is steeper then its Welsh rival. PHOTO: STEPHEN JAQUIERY
It's been an uphill battle, but there's a glimmer of hope in the campaign to restore Baldwin St's world record.

Dunedin surveyor Toby Stoff has returned from a whirlwind trip to Wales, where he visited Ffordd Pen Llech in Harlech, which dethroned Baldwin St as the world's steepest street in July.

Mr Stoff, who has been critical of the methodology used to determine the winner, took his own measurements.

"We worked out exactly what we thought we would, that we're steeper on average."

He was planning to compile all of the information and send a new application to Guinness World Records.

However, despite the evidence stacking up, Mr Stoff said overturning the result was not the ultimate goal.

The purpose was to clarify the rules for future world record attempts, he said.

"I don't want to attempt to turn over their current world record. I think they should have it for a while."

Despite the record being on the line, Mr Stoff said the Welsh opposition were "really cool".

"I think they were surprised that a whole bunch of Kiwis turned up and dominated their street for a bit.

"They wanted us to stay. They were trying to hook us up with a job."

Guinness World Records did not return a request for comment.

"We worked out exactly what we thought we would, that we're steeper on average."

No surprises there then.

I take my hat of to Tony and his crew for doing their best for Dunedin to hang onto the title of 'The World's Steepest Street'. But hey, don't be softened by the job offers Tony, it's a ploy, a very Welsh styled ploy, to disarm and distract......nuff said *wink*