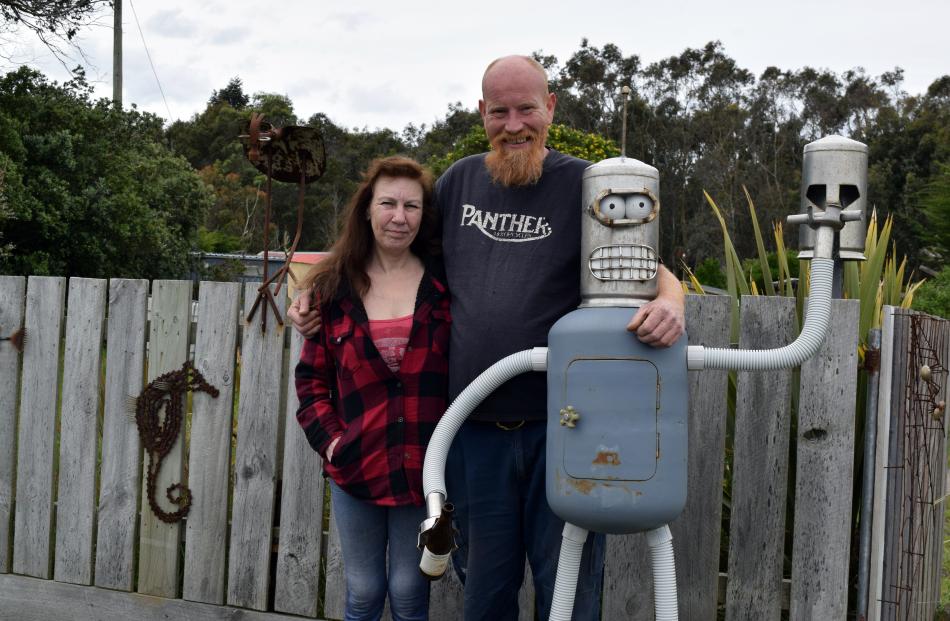 Kevin Hutt hugs his wife Karen Hutt and a letterbox out the front of their home in Harwood. PHOTOS: SHAWN MCAVINUE 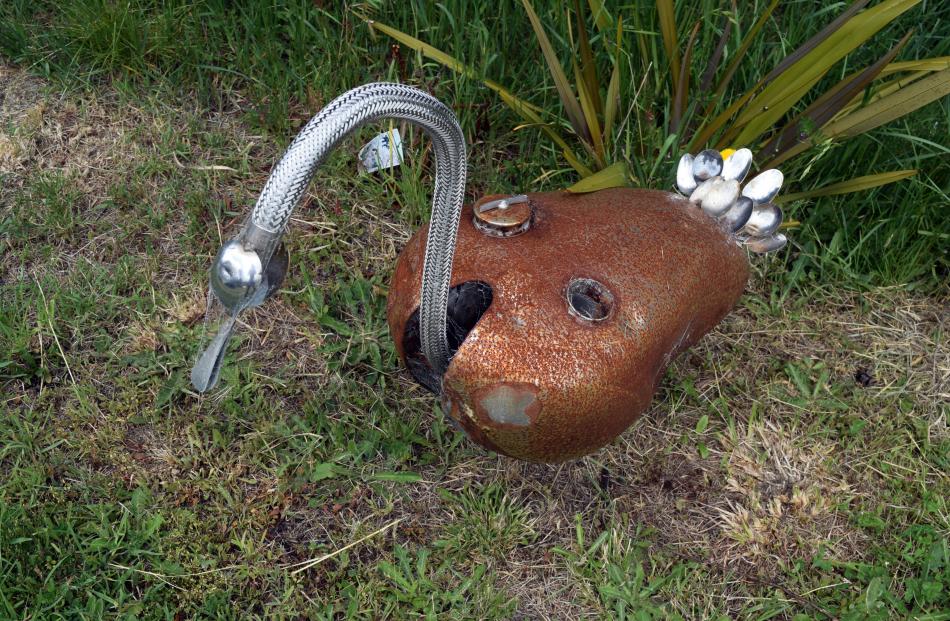 A swan sculpture made from material including a motorcycle tank and cutlery. 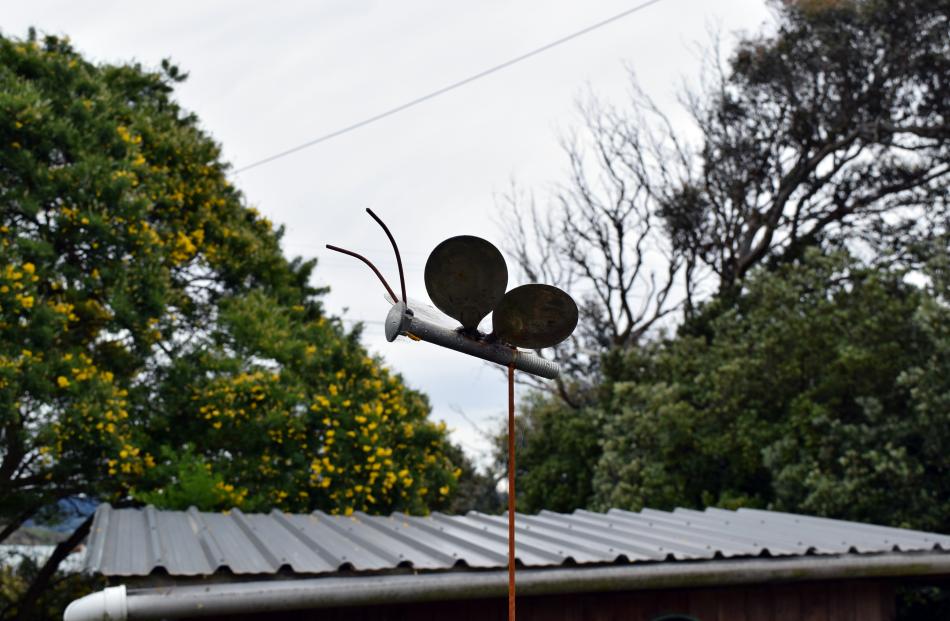 A butterfly sculpture flies above a chicken coop. 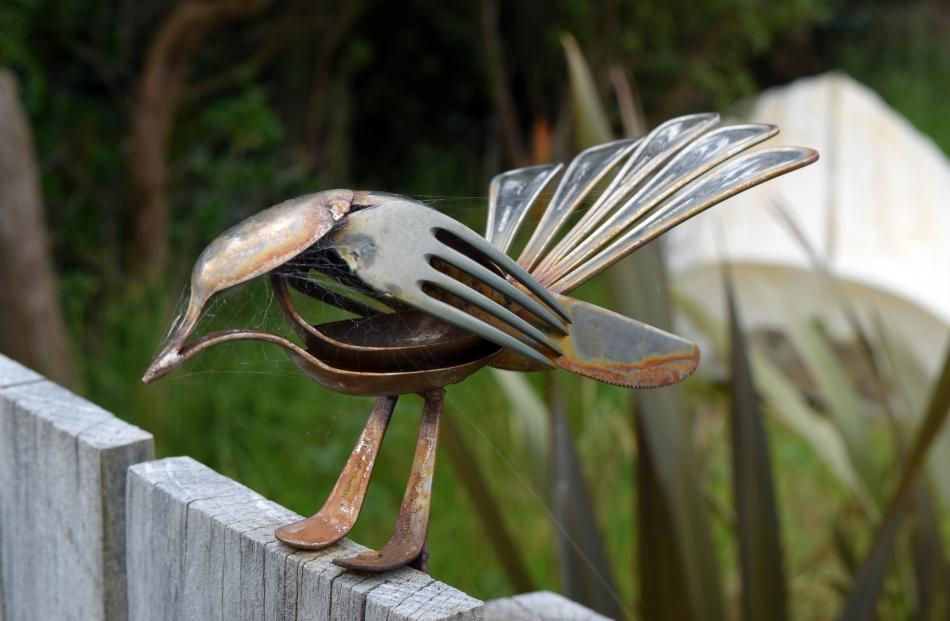 A fantail sculpture on a fence in Harwood.

A humble man on Otago Peninsula is transforming scrap metal to works of art.

Standing proudly outside Kevin and Karen Hutt’s home in Harwood stands a life-sized sculpture of Bender Rodriguez, a character in the animated television series Futurama.

Mr Hutt made the robust robot from materials including a propane bottle last year.

A door in Bender’s torso allows the sculpture to be used as a mailbox.

Bender replaced another sculpture-cum-letterbox based on another fictional robot — R2-D2 from the Star Wars franchise.

As R2-D2 stood in Tidewater Dr, facing Otago Harbour, he was regularly battered by seawater and rusted out.

Bender was expected to suffer the same fate in about a decade, Mr Hutt said.

Mail needed to be collected promptly from both letterboxes as neither were watertight.

Deeper in the property — past the swan sculpture with a body formerly known as a motorcycle gas tank — abutterfly sculpture flies above a chicken coop.

By the coop stands Doris, a colourful Honda 90 motorcycle, which the couple, originally from Sheffield in England, used to travel around France and Ireland before moving to New Zealand.

The sculptures regularly attracted the attention of tourists and people asked him to make sculptures on commission.

He declines the work because he made the sculptures for a creative outlet rather than to make money.