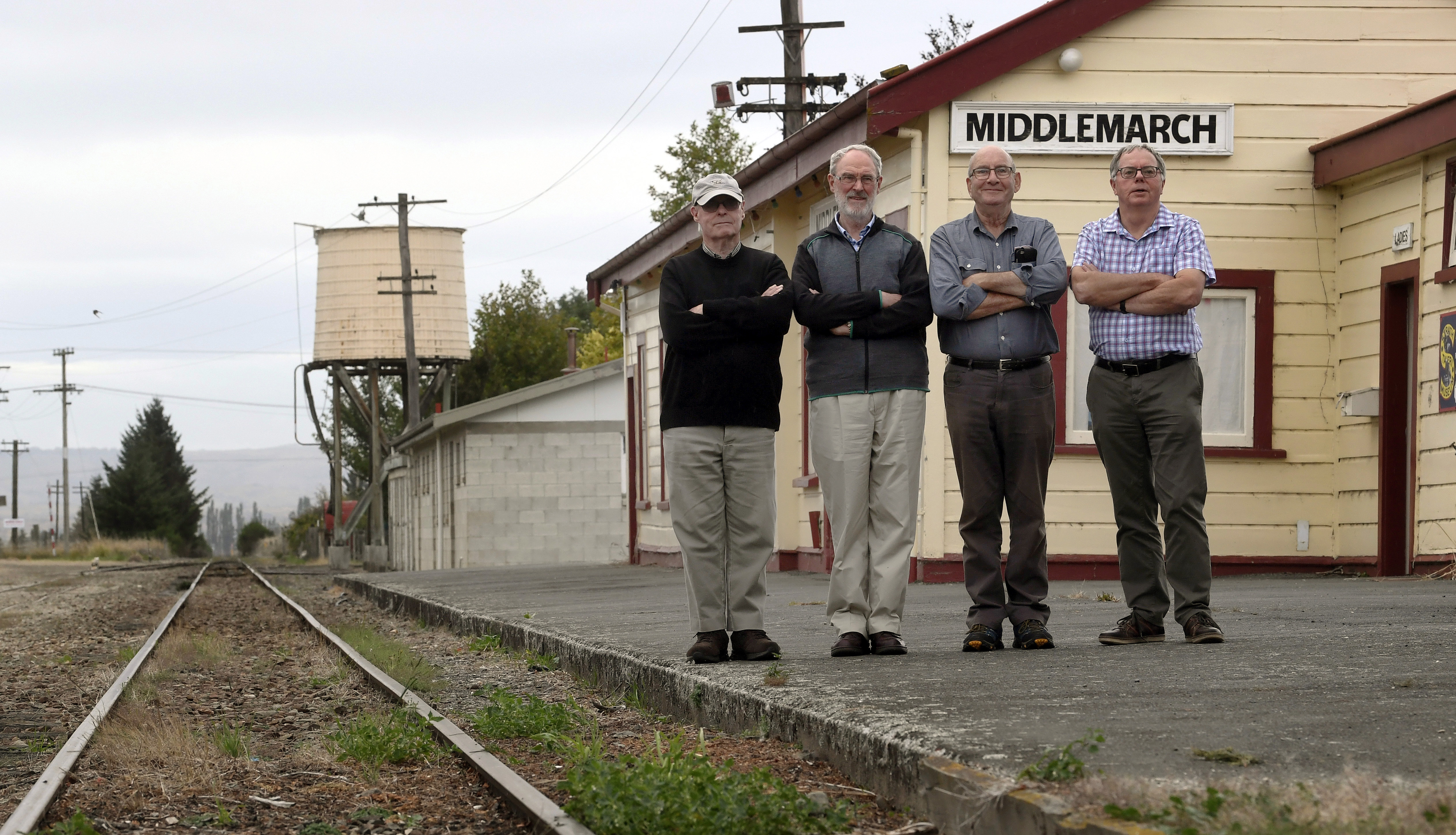 "We’re not looking to pull the track out," Mr Winders said.

"The natural human behaviour is to keep it open. But we are running a commercial organisation.

"Railways are a hard business. We run trains every day, all year round."

But this year, of Dunedin Railways’ 500 trips, 19 made it to Middlemarch.

The 18km from Pukerangi to Middlemarch added two hours to the otherwise 4.5-hour journey and it would cost up to $2million to "clean up" that section of track and then another $200,000 a year to maintain it.

An emotional crowd meets in Middlemarch last night.
Flattening tourism numbers — down 10% on the year to date — added to the challenge and the business in its current form was not sustainable.

He likened Dunedin Railways to a "mini KiwiRail" that operated on 60km of bridges, tunnels and tracks with a staff of 75 full-time equivalents.

Otago Excursion Train Trust founding member Clark Simmonds said the trust (still a 28% shareholder of Dunedin Railways) was started in 1978 in part to keep that section of line in use; he urged the company to "persist".

Jacquie Lucas presented on behalf of an "informal group" to test the community interest in a Strath-Taieri heritage park that featured the area’s railway, farming, ecology, and heritage buildings.

The survey distributed by Dunedin Railways last night was open until March 31. The company would present to the Dunedin City Council in April or May.

Maybe Middlemarch çan set up a sustainability/climate information center of such magnitude or importance that train trips are more warranted... Wished you had attracted the Eden Project.....

Im always annoyed that the govt of the day closed the top half of the line, the rails to Alex blossom festival was always a fantastic trip in its day. I do understand the expense of the line but perhaps the Middlemarch business community need to step up and keep their section of railroad maintained to show they are serious about keeping a link. In the real world a turnout of 70 passionate locals is brave and galant but Mosgiel is 20,000 population deep and they cannot even attract a return of a profitable daily railcar. I would however cringe to witness the Middlemarch line fall into a state of disrepair to a point of derelict, as there is never any coming back from that. So I say to Middlemarch business minds that you need to present a good plan and take on a bigger bite of railroad ownership to be in with a chance of Dunedin Railways success or buy a lotto ticket on Sat night.