By The Editor
0 Comments 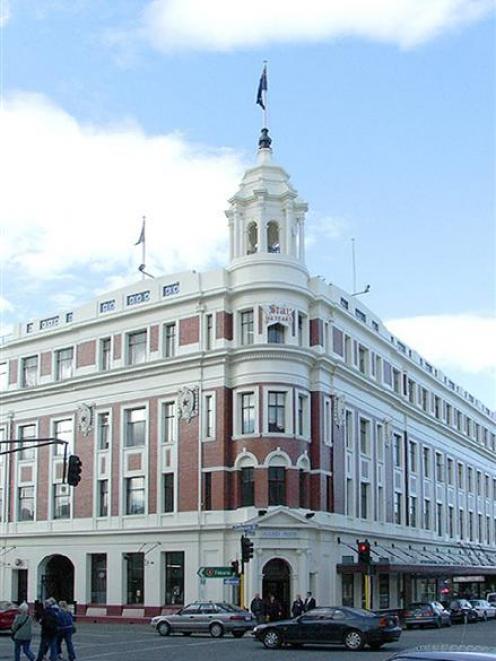 It is a proud achievement. The Otago Daily Times has been a leader in the newspaper industry in New Zealand throughout its history - and the same spirit of innovation and excellence continues today.

Inside this edition of the newspaper, you'll find a special 80-page souvenir liftout, reproducing news reports, features and images from the past 150 years.

This special collector's issue offers a unique social, cultural and political record of 150 years of news, documenting the good times and bad.

The messages of goodwill and support we have received from around the country - which reflect the high regard in which this newspaper is held - have been humbling.

The messages are testimony to the professionalism and dedication of the ODT's current and former staff, and, of course, to the support of its readers and advertisers.

The ODT is the largest daily newspaper in New Zealand remaining in private ownership and remains proudly independent.

As you will read inside, it was founded in 1861 by journalist Julius Vogel - who later became Sir Julius and the country's Premier - and publisher William Cutten on the back of the gold rushes that markedly boosted the province's population.

The newspaper today boasts an average daily readership of 103,000 people aged 15 and older - a formidable figure when you consider the province's total population is only about 210,000.

The ODT has, of course, been counting down to today's anniversary with its 150-part "page-a-day" series of historical features.

The daily page, reproducing news stories from each year since 1861, has proved so popular it is being published in a book.

The sesquicentennial has also been marked with a daily series counting down the 150 greatest moments in Otago sport, the publication of the three-part pictorial series Images from our Past, the premiere staging in Dunedin of the play The Truth Game, which was written by ODT deputy editor (news) Simon Cunliffe, and our sponsorship of Saturday's night's "Big Night In" concert at the Forsyth Barr Stadium in Dunedin.

Allied Press Ltd, the publisher of the ODT, also announced at the weekend that it had sponsored the East Stand at the Forsyth Barr Stadium as part of its ongoing commitment to the region. The sponsorship is just one of many provided by the company as part of what it sees as an obligation to serve the people of the South.

And while we're celebrating today, there are still more events planned to mark the occasion.

The exhibition celebrates the newspaper's role as an integral part of the Otago community.

An interactive station located within the exhibition will allow visitors to select their favourite photograph from the show, or one that evokes memories for them, and show details of why they like it or what they remember. The most popular images and shared memories will be displayed on-screen within the exhibition - and selections from them will then be published in the ODT or on our website, www.odt.co.nz.

The Otago Daily Times has also invited secondary schools in the South to write essays reflecting on life and times in the region over 150 years. These will be published in a broadsheet insert in the newspaper next month.

Once again, we thank everyone for their support during the past 150 years. We look forward to the future with confidence - bring on the next 150 years!