Missed the record, but ‘rapt’ with turnout 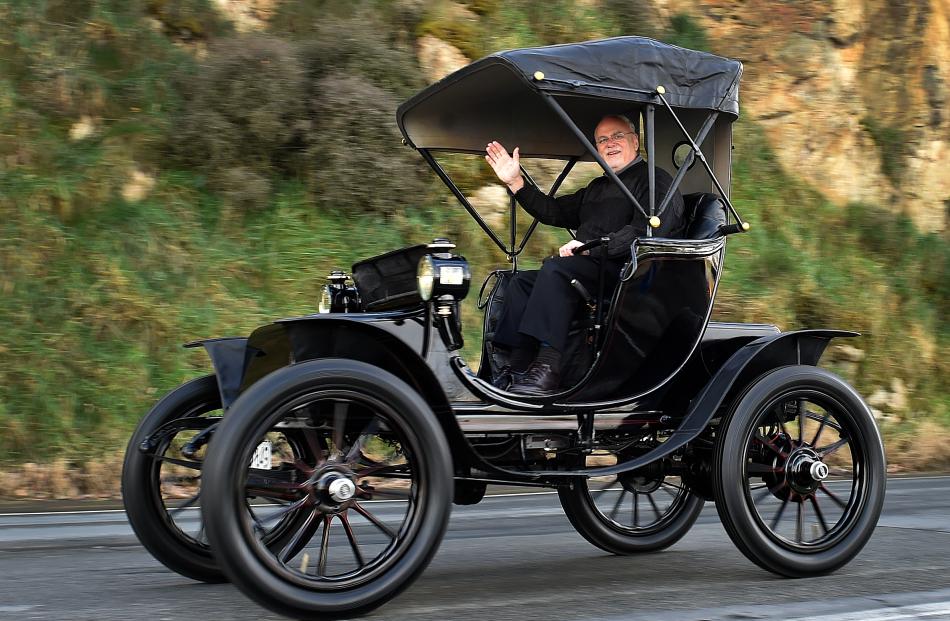 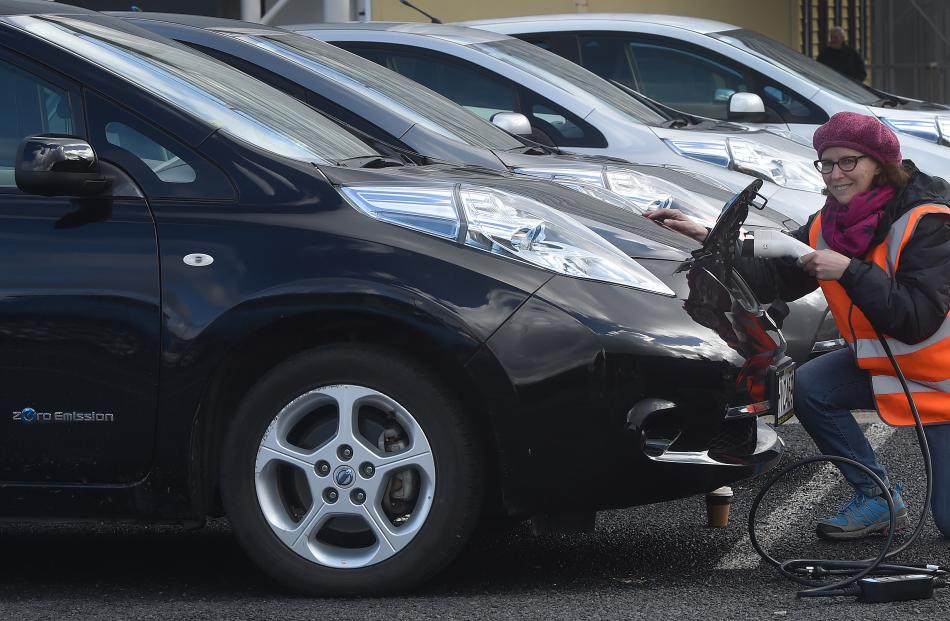 Pam McKinlay prepares to charge one of the more than 100 electric vehicles which were gathered outside Forsyth Barr Stadium yesterday in an attempt to break the New Zealand record. 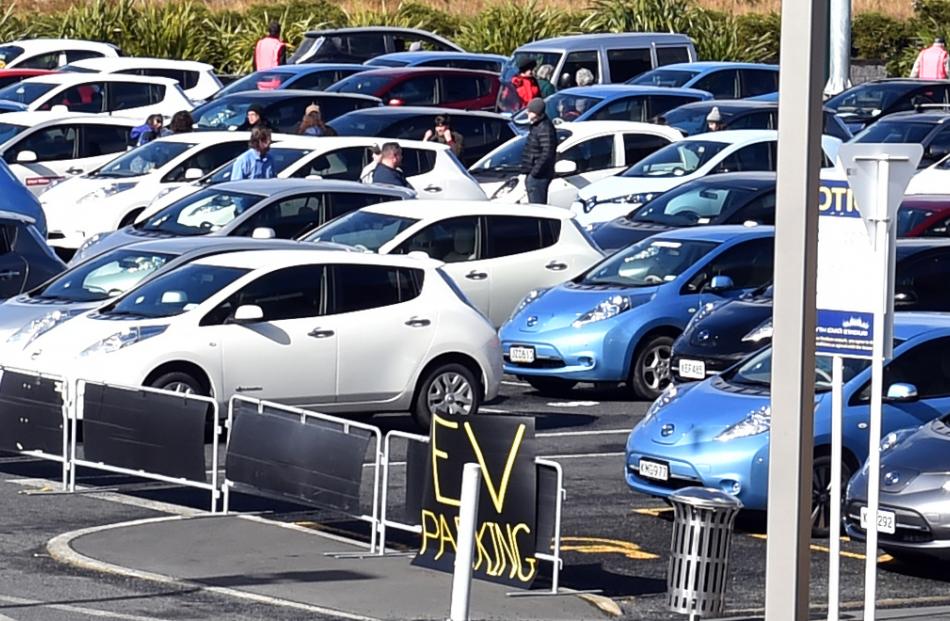 135 electric vehicles (EVs) were gathered outside Forsyth Barr Stadium yesterday in an attempt to break the New Zealand record for most EVs in one gathering. The attempt ultimately fell short of Auckland’s record of 160, set on Saturday.

Dunedin showed just how much it is punching above its weight in the fight against climate change yesterday.

Electric vehicle owners from throughout the city, and as far afield as Christchurch, gathered at Forsyth Barr Stadium in an attempt to break the New Zealand record for a gathering of electric vehicles.

Despite giving up a population advantage of almost 1.4million people to record holder Auckland, and with only about 200 such vehicles to draw from in Dunedin, the city came agonisingly close.

Organiser Pam McKinlay said the South Island record was broken with 135 vehicles brought to the gathering, but Auckland’s mark of 160 was a bridge too far in the end.

"I think  25 short of Auckland is brilliant," Mrs McKinlay said.

"Blimmin’ amazing. We are absolutely stoked."

The gathering would have been enough to break the record, had Auckland not notched up 160 on Saturday at a trade expo.

The attempt also included an opportunity for the city’s residents to test drive 10 different models of electric vehicle.

The gathering sent a "really positive message" to the Dunedin City Council and the city’s residents about the importance of expanding the sector and the infrastructure to support it.

"I’m pretty rapt with the turnout because last time I did this I had 21."

Among the gathered vehicle owners was Christchurch resident Neville Digby and his 1904 Baker Electric.

The more-than-century-old vehicle did not include the Thomas Edison-designed batteries, but was otherwise as original.

It was "registered and warranted" and he used it "to drive down to the supermarket and have coffee".

He bought the vehicle about five years ago from a Californian.