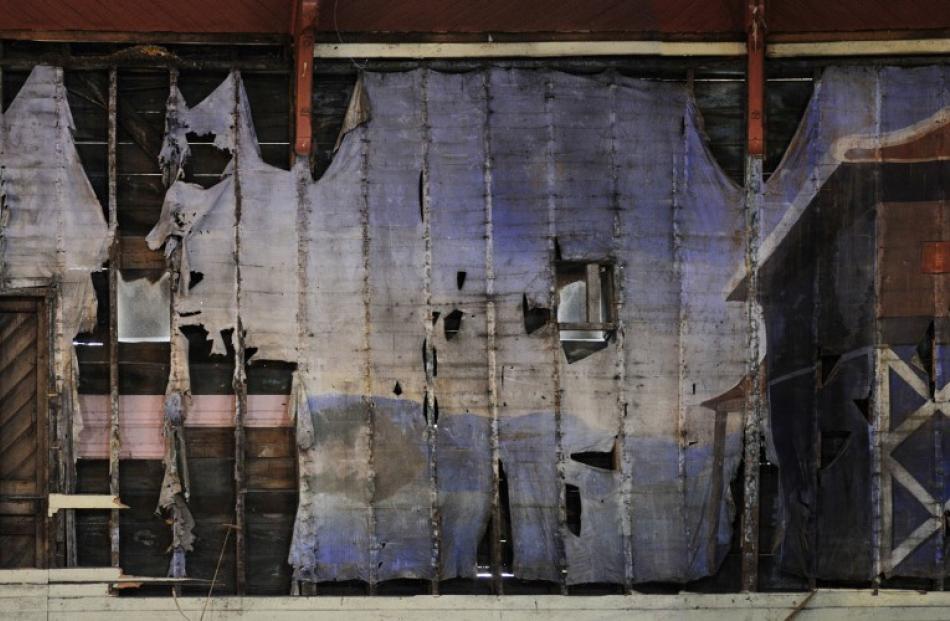 The mural, which has been discovered behind a wall during demolition of the Port Chalmers Garrison Hall after being covered up for more than 100 years. Photo by Gerard O'Brien. 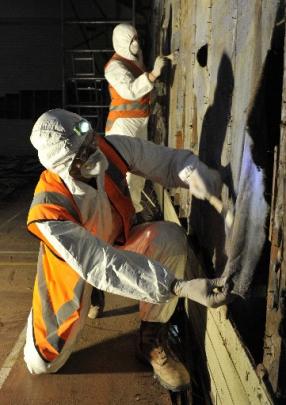 A mural which has been hidden for more than 100 years has archaeologists excited.

The 20.4m by 3.6m mural was discovered behind a hardboard wall in the Port Chalmers Garrison Hall last week.

"Finding this has just been amazing; it's hugely exciting. It's very rare to find something like this. I was utterly gobsmacked," architectural conservator Guy Williams said yesterday.

"I wouldn't be surprised if it's of national significance."

The watercolour on linen was uncovered during demolition of the hall, which was built in 1887 for naval and military volunteers.

"The landscape almost looks like the Otago Harbour. It might have something to do with when people were freaking out about the Russian invasion. You can also clearly see a boat and cliffs ... It's just amazing," Mr Williams said.

Conservators were painstakingly cleaning dust and borer faeces from the mural with soft brushes yesterday.

"We tried vacuuming it, but it sucked the paint off ... We have found big murals before, in places like the St Bathans Hall and St Patrick's Church Hall in Lawrence, but this is one out of the bag. There's something really odd about this one. We can't put it together."

One theory was that buildings were sometimes lined with material, to save money on cladding.

"The mural went in soon after the building was built, so that is a possibility. But this [discovery] has changed the whole equation.

You just don't get things like this," Mr Williams said.

"I've never seen one on this scale before. It's far and away the biggest one I've ever seen," he said yesterday.

"It's obviously been covered up for well over 100 years. That mural's been there since Queen Victoria was alive."