The Dunedin man who died in a plane crash near Middlemarch on Sunday has been named.

He was Murray Barrington (73), of Brighton.

The cause of the crash was still under investigation, police said last night. 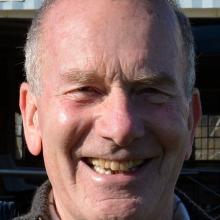 The pair had taken off from Taieri airfield at 10.30am.

A search was launched after it was reported overdue at 2pm.

At the time, Mr Barrington had recently completed building his own microlight plane.

Mr Barrington and his flying companion were good friends, he said.