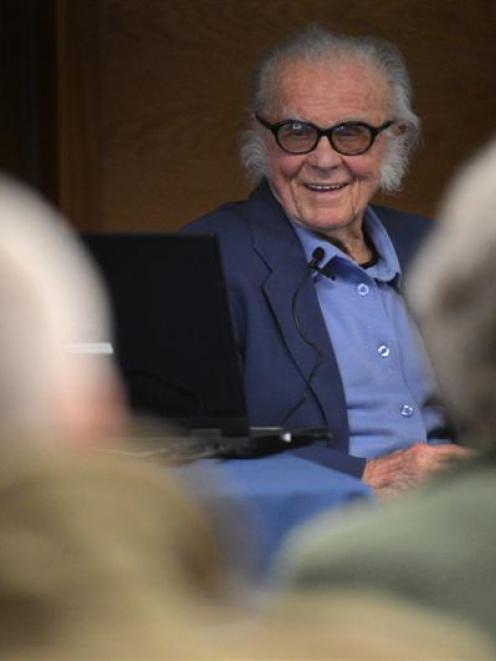 One of New Zealand's pioneering studio potters, Smisek (87) lives at Waikanae, north of Wellington, and is still making pots 60 years after he started.

He recently gave a public talk at the Otago Museum, about his life and artistic career.

The talk was in association with his show, "Mirek Smisek: 60 Years, 60 Pots", which ended at the museum yesterday.

The show featured a cross section of his pottery since he emigrated to New Zealand in 1951, after World War 2.

Subject to the German occupation of his homeland, and after about three years as a political prisoner, he later left Czechoslovakia to pursue his ideals of freedom and democracy.

"I realised that the saving of the human spirit is to be creative.

"This is why I have involved myself very deeply in making pottery," he said.

He also drew on that creativity, more recently, in responding to the "lovely challenge" of creating about 700 pots, including tankards and bowls, for the Lord of the Rings films.

Much of his pottery had been inspired by observing the natural world around him, including the landscape of the Kapiti Coast, where he lives.

Over the years, he had greatly enjoyed helping children learn more about ceramics.

Adults could learn a great deal from their "creative and positive" approach to life.