New board unlikely by Christmas 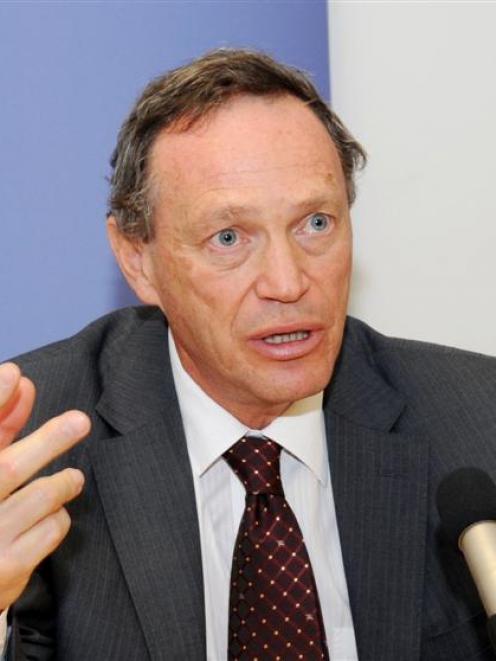 The eight-person group, which will be led by Melbourne neurosurgeon and academic Prof Andrew Kaye, includes the chairmen of the Canterbury and Southern boards and one other South Island board.

However, announcements of board chairmen are not expected from Health Minister Tony Ryall until the end of this month.

It is not known when representatives of the five South Island boards might discuss the proposals for the new service together.

Outgoing Southern District Health Board chairman Errol Millar, who is chairman of the regular meetings of South Island health board chairmen, said it was hoped there would be a meeting before the end of November, but finding a suitable date was proving difficult.

It might not be possible to meet before the current boards went out of existence in early December.

He thought it would be a " big ask" for the whole of the governance board to be in place by Christmas if there was to be a process, involving Prof Kaye and the National Health Board, to appoint a senior clinician and a consumer representative.

It also seems likely that the boards will want to have some say in the selection of the third chairman (from a board other than Canterbury or Southern). This position is to be occupied on an annual rotation basis.

"This is about the whole of the South Island."

It was vital that what was being planned was broadly acceptable.

Mr Fleming, who has been in Auckland this week, said he considered the panel's report gave a very clear direction.

While it was different from the recommendations of the earlier reports, if the boards could make it work, it looked like an innovative solution.

He had not received criticism of the proposal, although there would be some debate around some of the operational matters and the funding was not clear at this stage.

However, as long as the clinical involvement was right, operational matters would be "solved one way and another".

The worst thing that could happen would be that the boards kept on debating the issues, he said.