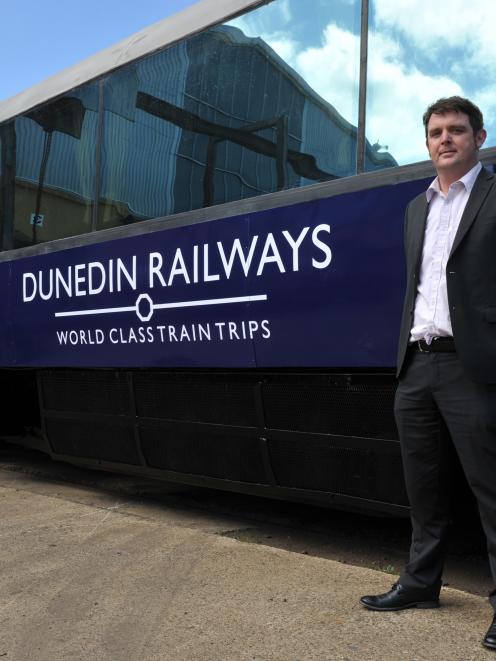 For more than 35 years, the Taieri Gorge Railway and the Otago Excursion Train Trust have been taking tourists on scenic rail trips up the Taieri Gorge, and more recently up the coast, north of Dunedin on the Seasider.

Business manager Toby Mann said both rail trips and charters would now come under the umbrella of Dunedin Railways.

''It's so that tourists link the train trips to Dunedin.

''Overseas tourists already find it quite hard to say Taieri, so by putting Dunedin in our name, it's easier to say and people automatically know they are in Dunedin.

''They can link us to the Dunedin Railway Station as well, which is widely publicised in tourism brochures.

''It makes it much clearer what we are.''

Mr Mann said the company's older carriages would remain yellow and continue to travel up the Taieri Gorge line, because that was the colour everyone recognised.

The newer carriages would be rebranded and used mainly for the Seasider and charters.

''We believe there is great potential in the Seasider line, and the Dunedin Railways name positions us well for this growth.''

One carriage had already been repainted, and a further two would be repainted before a decision would be made about repainting the entire set.

He said the company wanted to get feedback from staff, passengers and Dunedin residents, about what they think of the rebranding first.

''We are going to assess how they look, how they age and then progressively, as the carriages come up for a paint, that's when the decision will be made as to whether we will go with the blue colour or stay with the yellow.''

Dunedin Railways marketing manager Barbara Reid said the Dunedin Railways logo had been designed with Dunedin's Octagon at its heart and the two railways radiating from it.

''The simple design, with a classic railways font, hints at the elegance and beauty of rail.

''We get to work in one of New Zealand's most beautiful buildings and the Dunedin Railways name links us to our world famous station.''

''We think it looks great and will work well alongside our current fleet. Look out for the big-windowed carriage (AO77) and let us know what you think,'' she said.

The Dunedin Railways launch this weekend coincides with the celebration of steam.

On Sunday and Monday, there will be 10 short steam trips to Sawyers Bay.

The Toitu Otago Settlers Museum next door will also celebrate the 142nd birthday of Josephine (the double-ended steam locomotive) on Monday.