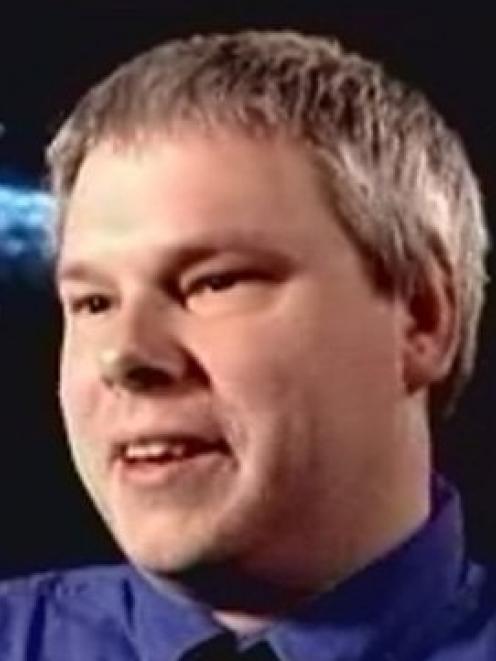 After all, it was a trip to London's Science Museum with his parents when he was aged 5 or 6 that inspired him to become an astronomer, he says.

Dr Griffin (47) said that trip had ''made me determined to become an astronomer, despite no-one from my family having gone to university before - my mum worked as a supermarket cashier and Dad was a bus driver''.

He had grown up in a town called St Mary Cray, on the outskirts of London, and spent most of his youth there.

'' I hope that the Otago Museum can inspire our visitors to take an interest in the world around them, and perhaps to go away after a visit inspired enough to read something more about what they have seen,'' he said in an email interview.

He is chief executive of the Oxford Trust in Oxford, England, a charitable foundation which encourages ''the pursuit of science'' and related education.

Dr Griffin, who has a PhD in astronomy, said he would be bringing a ''science background and fairly extensive management experience'' to Dunedin when he takes up the new job in May.

He hoped also his ''enthusiasm for museums, and for the key role they can play in shaping people's lives, will be a plus I can bring to the team''.

''The Otago Museum is, in my opinion a fantastic museum with great galleries and very dedicated staff.

''I love the breadth of its collections and was really impressed at the welcome that I got when I visited anonymously during the interview process.

''I'm really looking forward to meeting the team helping to shape the future of what I consider to be one of the best museums I have seen.

As the ninth director since the museum's inception in the 19th century, he hoped he could play a part in ''making the museum fit for purpose, ready to address the challenges of what a museum is in the 21st century.''

''I will work hard to ensure that our collections are preserved for the future and interpreted in ways relevant to our community's interests.''

He had first heard of the Otago Museum some years ago because of its collection of moa skeletons, ''thanks to a school project'' his son had been working on when he and his family had lived in the United States.

And having previously lived in New Zealand, as chief executive of the Auckland Observatory and Planetarium Trust (1999-2001), he had also been ''very aware of Dunedin and its history''.

When he is not working in museums and science centres, Dr Griffin has proved rather a dab hand at discovering asteroids, which was ''a fun benefit of my research''.

''And it's rather nice to be able to have the chance to suggest names for the asteroids that I have found.''

Over the years, he has discovered 27 of them and has since suggested some interesting names for some of his finds, including Mariagriffin, in honour of his wife, Maria.

Others were named after his parents, his children and ''several friends too, as well as Bruce Springsteen''.

And not to forget Arsenewenger, named after Arsene Wenger, the manager of his favourite football club, Arsenal.

Fortunately, none of his discoveries is likely to threaten Earth.

Most travel between Mars and Jupiter in orbits that take three to four years.