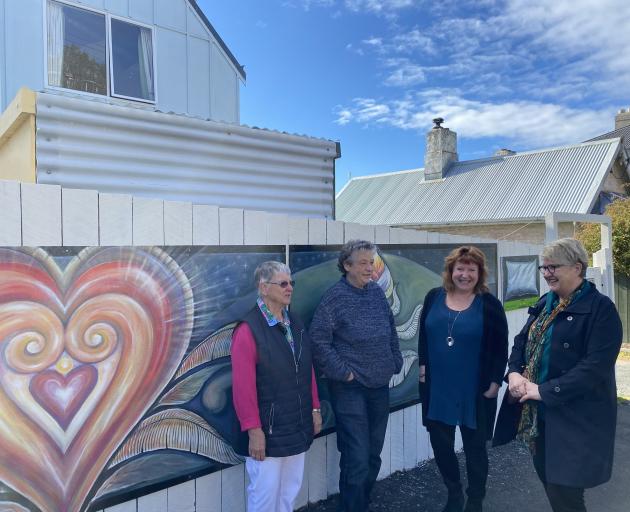 Trust acting chairwoman Jenny Turnbull said the events and collection planned for the shelter’s appeal week, which was due to start today, had been scrapped.

‘‘We have had to cancel everything, and have moved our appeal online instead,’’ Ms Turnbull said.

A clever trust member had created a series of posters featuring a QR code, which people could scan with the camera on their smart phones to be taken to the shelter’s Givealittle page and make a donation.

‘‘We are trying to make it as easy as possible for people to give us the support we really need,’’ she said.

It was hard to predict how many people would turn up at the shelter on any given night, which kept staff on their toes.

In keeping with its efforts to expand its work beyond offering overnight stays for people in need, the trust has recently increased its community worker role to fulltime.

Community worker Christine Edwards has a broad focus, which includes providing support for people who come to the shelter to find stable accommodation, as well as outreach in the wider community.

‘‘I follow up on people’s living conditions after they have been to the shelter, and try to maintain contact with people who are living in boarding houses,’’ Ms Edwards said.

‘‘People are often still in precarious living conditions when they leave us, so they may need support.’’

She also liaised with other social agencies in Dunedin on behalf of the shelter users.

‘‘Our ultimate goal is to help people to become settled and move on with their lives.’’

Ms Curran said excess food and clothing given to the night shelter was distributed to people on the streets and in difficult living conditions.

‘‘We have developed a multitude of ways to redistribute food and clothing if we have more donated than we need for the shelter.’’

The shelter also made up bedding packs for people leaving to move into boarding houses, to ensure they had what they needed to stay warm.

‘‘People are very generous with their donations of all sorts of things, so we want to honour that by making sure we make good use of it.’’

The shelter was not government-funded, and was reliant on grants, community fundraising, and donations of food and goods to do its work.

‘‘This is why our annual appeal is so important, and why it was so gutting to have to pull the pin on it this year,’’ Ms Curran said.

The posters highlighting the appeal and featuring the QR code are being put up around Dunedin today — and an example can be seen on this page.

Along with supporting the general work of the shelter, funds raised will be used to help buy a defibrillator for medical emergencies, and a food processor to help make donated food go further.

In addition, warm socks and underwear (especially for men) are always needed.