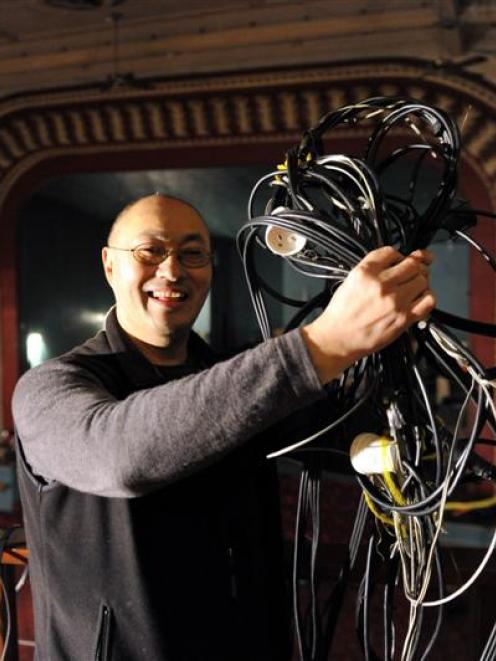 But he was not prepared for the sight which greeted him when he changed the locks on the building three weeks ago, after not receiving rent from the lessee since November.

"I didn't realise it was this bad," he said this week.

"The state of it was just appalling. I'm pretty angry about it, actually."

The damage, some of which is believed to be long-standing, included broken windows and doors, holes in walls, sinks off bathroom walls, vandalised toilets, graffiti and wooden panels missing.

"There were pools of vomit in a corner, bottles of urine lying around, cigarette butts all over the place and lots and lots of rubbish. I've already taken two 9m skiploads out," he said.

"We spent 12 hours just getting chewing gum out of the carpet. It's going to take another couple of weeks till it's all done.

"I'm a happy person by nature, but this has really made me mad." He did not deny, but did not wish to comment on, the suggestion at least $20,000 in rent was outstanding.

Sammy's was run by Mr Chin and his father, late Dunedin nightclub personality Eddie Chin, from 1983 to 2008, when it was leased to Sam Carroll.

Mr Carroll moved to Dunedin from Waiheke Island in 2002, to study at the University of Otago. He operated the Big Ups inflatable games business from the venue. Mr Carroll could not be reached for comment this week, despite repeated attempts.

Sammy's was closed for three weeks last March when New Zealand Fire Service investigators described it as "a potential death trap", after discovering three of the four fire exits blocked by furniture and rubbish.

Dunedin Deputy Chief Fire Officer Trevor Tilyard described it as "absolutely the worst and most dangerous" of large Dunedin venues.

It was allowed to reopen only after a $40,000 automatic heat and smoke detector system was installed, exits were cleared and evacuation plans upgraded.

The venue opened in 1896 as the Agricultural Hall, before being renamed His Majesty's Theatre, and has a long history as a hall, theatre and live music venue.

Mr Chin said he wanted to maintain that tradition and reopen it for concerts next month.

"I'm going to keep running it as a venue and, hopefully, we can get the bands back again," he said.

"It's a lovely old building and it's a great venue for live bands, although I'm 55 and getting a bit too old to run band gigs now."