No bad air days: 'you have to have a lot of trust' 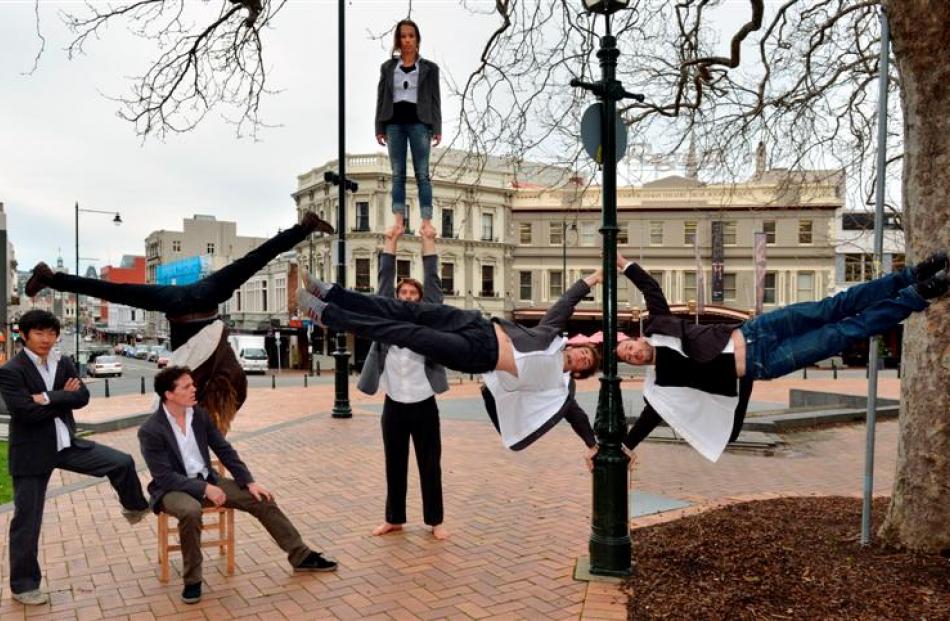 Trust is everything when you are flying through the air waiting for someone to catch you.

And there are no excuses for having a bad day at work if you are in a professional circus troupe.

''You have to have a lot of trust among the cast on stage. We really throw ourselves at each other and, if I jump, I have to know someone is going to catch me,'' Les 7 Doigts de la Main performer Lucas Boutin (24), of Paris, said in Dunedin yesterday.

''We're a very close group and it's all about trust. If I didn't have that trust, I wouldn't let myself go that high.''

The Montreal-based company's French name translates to ''the seven fingers of the hand'', which alludes to the performers combining their skills ''to achieve the awkward dexterity of a seven-fingered hand''.

Its acclaimed production Traces opens at the Regent Theatre tonight and combines traditional and contemporary acrobatics with street theatre.

Seven characters in an apocalyptic shelter believe they are facing obliteration and that creation is the only antidote to destruction, so they share their stories in the hope of leaving their ''traces'' on humanity.

''Traces is a human circus and it's very physical. You're throwing your body around for an hour and a-half and you have to be strong,'' Daqi Xia (30), of Anshan, China, said yesterday.

''There are no cables or safety lines. Sometimes, we make mistakes in the show, but it doesn't matter. It's not a movie; it's a live show. So, if we make a mistake, we do it again. If you fall you keep going.''

The three Dunedin performances will be the final fling for the troupe before it disbands, after three years of performing and touring around the world.

''But, it is a bit sad for us, because it's been a super-fun group and we're doing it together for the last time here, before everyone goes on to other things,'' he said.

For Boutin, who started training in circus arts at the age of 6, before running away to join the Chatellerault National Circus School when he was 15, Dunedin is the end of an era.

''To have the opportunity to travel the world and give this kind of feeling to people . . . it is just amazing.''

Daqi Xia and Lucas Boutin will conduct a two-hour acrobatics workshop at the Regent Theatre from 2.30pm tomorrow.