No doubts now about service's success 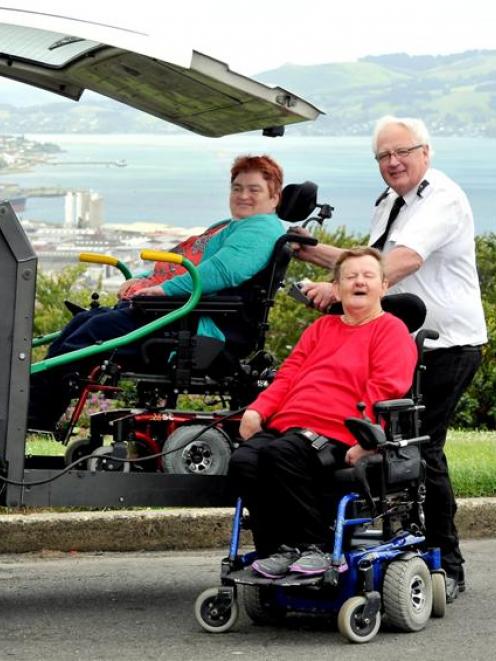 He celebrated the 30th anniversary this week of providing a total mobility service to the city's residents, despite initial doubt about the venture.

''When I started, my father looked down at me and said 'I'll give you six months'. Well, it's been a long six months and I'm determined to do it for another 30 years,'' Mr Overton said.

The 71-year-old had a long list of loyal clients, many of whom had been using the service since it was established.

They included Kylie Fraser, who was aged just 8 when she first travelled in one of Mr Overton's mobility vans.

''He would take me to and from Forbury School. I call him an old fart. I've known him since I was 8, and I'll stick with him,'' she said.

Annette Port was another of Mr Overton's clients of 30 years.

She lived at McGlynn in Mosgiel, where there were about 80 others who used Mr Overton's service.

Support worker Karen Devlin said Mr Overton was wonderful with residents and went out of his way to cater to their needs.

''A lot of them can be hard to understand, but he can understand them, no trouble. If there's anywhere special they need to go, he does all he can to make it happen for them. It's wonderful,'' she said.

Mr Overton said the best part of the job was meeting hundreds of interesting people, all with different needs.

He was inspired to start the business after watching television programme Ironside, where the main character had his own wheelchair taxi.

''There was nothing here and I thought `gee, that would be a great idea', so I went for it.''

About 400 people used the service, and on any given day drivers would transport about 120, Mr Overton said.

Clients were transported throughout Otago, and sometimes as far as Christchurch.

Mr Overton said he was ''slowing down'' due to his age and health, but had no plans to retire.

''There are quite a few clients who have been with us for 30 years.