No limits on creativity in art awards 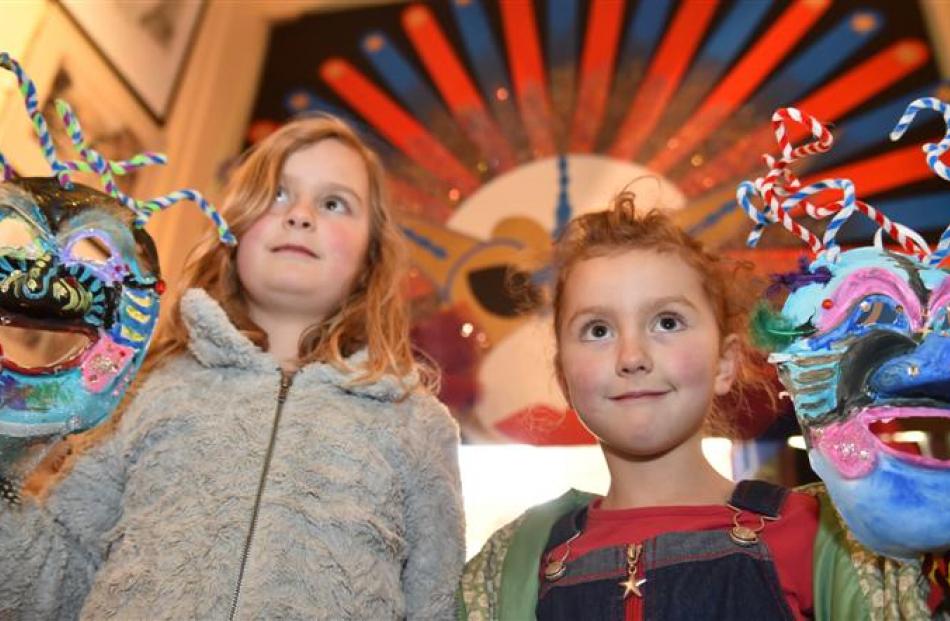 This year's 325 entries - up from 290 last year - were the most in the awards' 15-year history, society president Jenny Longstaff said.

And all of those entries were on display at the Dunedin Railway Station last night, where more than 100 children and family members feasted on party food and explored the society's first-floor galleries for their work before the awards ceremony.

Children were given no parameters within which to contain themselves, Ms Longstaff said, with the emphasis being on creativity.

That meant some entries did not stick to the traditional drawing or painting on a piece of paper, she said.

Models, sculptures, print-making and collage were all included.

''They're all different methods of being creative. There's no stipulation on what art is; it's up to the individuals.''

The awards were run to encourage children to celebrate that creativity and give them the opportunity to display their work in public, which was a ''big deal'' for them, Ms Longstaff said.

Their mother, Lisa Winslade, said the awards were a great event for the children.

The awards were sponsored by Dunedin couple Jaye and Russell Brown, and judged by Dunedin artist Janet de Wagt.

The entries will remain on display until October 4.