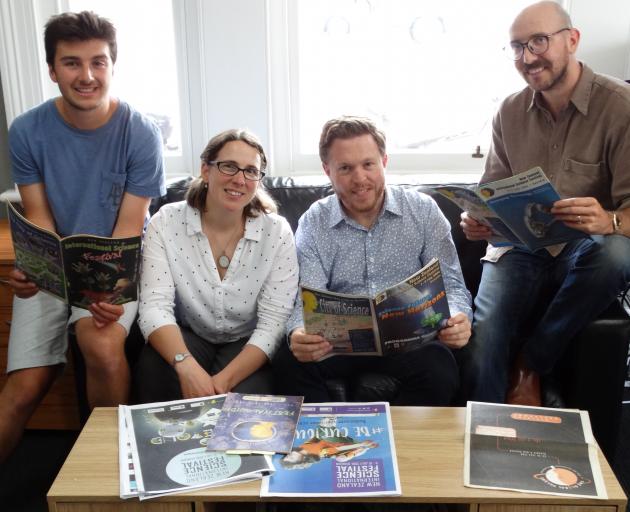 After 18 months of working independently, festival director Dan Hendra has assembled the team, which will pull out all the stops to bring the science festival to life.

The 2020 New Zealand International Science festival, which will run from July 3 to 12, is the second festival for Mr Hendra.

‘‘This year, we will be throwing out the rule book and taking the festival to new heights,’’ Mr Hendra said.

‘‘There has never been a more important time to be excited and engaged in science.

‘‘The festival is blessed to have such a broad scope, and there are so many important issues today that deserve the platform that our festival provides.’’

The festival’s theme for 2020 is “New Frontiers”, and it will take a special look at “inner and outer spaces”.

Mr Hendra is remaining tight­lipped about the intricacies of the festival’s theme until closer to the June programme launch, but promises more than 200 events, a diverse range of top national and international guests, and involvement from regular Dunedin organisations.

‘‘It is very important for us to work closely with other city organisations, and we will be using a broad range of venues as usual,’’ he said.

The 2017 festival used 24 local venues, including a popular programme at the South Dunedin Hub, and this year’s festival will be returning there.

Mr Hendra said the continued developments in Dunedin’s tech and start-up sectors meant it was more appropriate than ever the festival was hosted in the city.

The organisation would be going through some changes, and a major rebrand was in the works, as well as changes to the way the festival was curated.

‘‘This year we are working to curate our own programme of 50 major events over the 10 days, which will be complimented by our other, independently organised events.

Festival associate director Andrea Liberatore, formerly of the University of Otago’s Science Communication Centre, will oversee the co-ordination of the 150-plus other events.

‘‘It’s going to be a fantastic event,’’ Mr Hendra said.