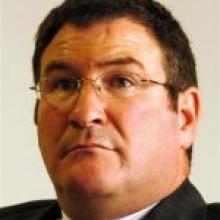 A senior Dunedin police officer slammed by a judge over his “casual approach” has been told by the police watchdog his conduct did not meet good practice.

However, Detective Senior Sergeant Kallum Croudis was cleared by the Independent Police Conduct Authority of a conflict of interest while working on a case in which a man died after taking morphine in April 2016.

It was later found the cause of death was a pre-existing medical condition but police investigated the two people who he had been with at the time he died.

Judge Michael Crosbie, in a hearing at the Dunedin District Court in May, made scathing remarks in reference to Det Snr Sgt Croudis' involvement in  the investigation.

The judge described the police investigation as ‘‘haphazard’’ and noted the veteran officer was a friend of the dead man’s father.

But the IPCA ruled there was no conflict of interest.

Det Snr Sgt Croudis (referred to as “Officer A” in authority documents) was interviewed by the authority and hit back at Judge Crosbie's criticisms while making some acknowledgements as to his shortcomings.

“Officer A does not accept the Judge’s criticism that he was 'casual' in his approach to the investigation, however he did acknowledge to the authority that there were some aspects of the investigation that he could have done better,” Judge Colin Doherty wrote in his recently released statement.

Det Snr Sgt Croudis was also in the gun over his note-making, which he accepted was an issue on occasion.

“The authority finds that there were aspects of Officer A’s involvement that did not meet good practice, particularly given his rank and experience, but also concludes that there was no malice or other bad faith on his part,” the authority concluded.

The Police conducted an employment investigation into the criticisms expressed by Judge Crosbie, and Det Snr Sgt Croudis received a disciplinary sanction.

It is unconfirmed what the nature of that penalty was.