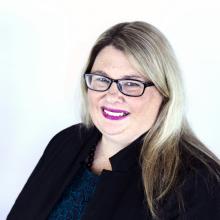 At Mrs Gardner’s last meeting yesterday, councillors were presented with a report that said their disregard of her advice led to Environment Minister David Parker launching a second investigation into the organisation in under three years.

This follows a request from councillors in March for Mr Parker to consider an extension of a deadline he imposed for the council to notify its land and water plan before the end of next year.

The report before councillors yesterday made it clear that council staff did not believe an extension was necessary.

Moreover, in her report, acting policy and science general manager Anita Dawe said Mrs Gardner advised "careful consideration" before bringing up an extension with Mr Parker, which councillors did anyway.

Ms Dawe’s report said the outgoing chief executive warned not only of the effect the councillors’ request could have on their relationship with the minister but also Treaty partners and stakeholders.

Further, there were landowners affected by last year’s "plan change 7" court decision that determined interim consents to replace expiring water permits should be limited to a term of six years.

The term of six years was chosen because the expiry of the interim consents was supposed to coincide with the new rules under the plan the councillors were now flagging as potentially delayed.

The result of their request could be "possible further options for ministerial intervention", Mrs Gardner advised.

Under the Resource Management Act (RMA), among the options available to the minister if the investigation finds the council has failed to perform its duties is for Mr Parker to install one or more commissioners in place of the councillors.

Ms Dawe said there would be costs associated with staff time to support Prof Skelton’s investigation, but those could be met by existing budgets.

In the March progress report to the minister, which accompanied the councillors’ request, Mrs Gardner said work at the council was generally on track.

However, there was a risk related to the council’s proposed regional policy statement as it went through the High Court.

The council asked the High Court to decide if its proposed regional policy statement was, in its entirety, the kind of planning document that suited a new, streamlined, freshwater planning process introduced through changes to the RMA last year.

The High Court decision on the regional policy statement is expected in June.

Last year, council chairman Andrew Noone said if the High Court did not back the council’s stance, the council would have to pause and withdraw its proposed policy statement.

The council would then need to publicly notify it a second time.

The delays a court decision against the council could create could mean the council would not have its policy framework in place before Mr Parker’s deadline, he said.

After yesterday’s closed-door meeting a council spokeswoman said Mrs Gardner had been farewelled.

Councillors were grateful for the time given by Prof Skelton yesterday to discuss the progress on the council’s work programme, including the development of the new land and water plan, she said.

"We look forward to the outcome of his investigation and to continuing our work to deliver a new land and water plan for Otago," she said.

She is leaving for Wellington to take on a new role as programme director for a multibillion-dollar development of the capital’s transport infrastructure.