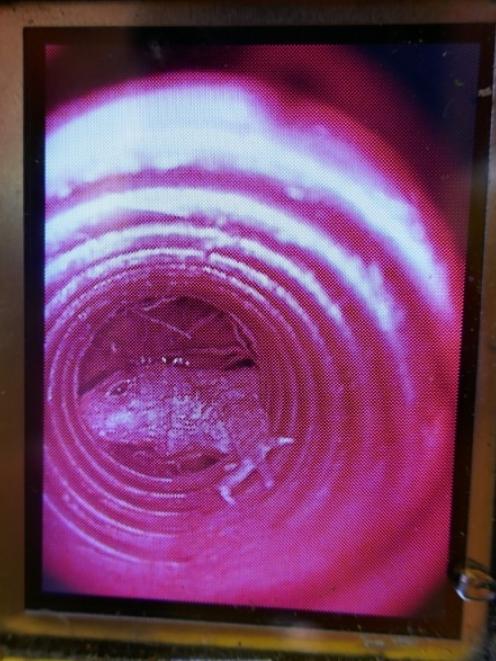 “Normally we do not disturb the tuatara during their winter rest”, Mr Jarvie said.

"But it was important to provide reassurance to ecosanctuary staff, iwi guardians and the public that the tuatara were fine.

"We were thrilled to see they were.”

The good news comes after ecosanctuary staff feared the worst after it sustained significant damage in last month's flooding.

Head ranger Kelly Gough said  last month wildlife in the ecosanctuary might have got "caught out and drowned" by the storm, especially those living in burrows.

Kiwis lived in burrows but they should have been able to get out in time, Ms Gough said.

These fears proved unfounded after Mr Jarvie checked the occupants of several burrows.

These included artificial burrows that had been made with drainage pipe and installed in 2012, when the tuatara were released at Orokonui.

Three young tuatara were seen moving inside their burrows.

A fourth, adult, tuatara was seen in a natural burrow nearby.

"The fact that the young tuatara are still using the artificial burrows shows how well the burrows had been made by the volunteers who installed them", he said

Ngāti Koata, kaitiaki (guardian) of the tuatara from the source population on Takapourewa (Stephens Island) have been informed of the sightings, as have Kāti Huirapa Rūnaka ki Puketeraki, mana whenua for the local area.

Orokonui Conservation manager Elton Smith said the 21-22 July deluge was the worst rain event recorded in the 11 years since work began at the sanctuary.

“While the fence and water tables took a real battering, the forest itself sustained very little obvious damage and no slips were recorded around the main tuatara habitat.”

Lead researcher Prof Alison Cree said the event was probably “just a rather wet day at the office” for tuatara.

"These resilient reptiles are quite capable of digging new burrows, or even surviving underwater for a time if they need to.

"That’s the beauty of being an ectotherm – which is known in popular terms as ‘cold-blooded’ – the oxygen demands of tuatara at cool temperatures are very low," Prof Cree said.

The researchers expect the tuatara to begin sunning themselves outside their burrows within a month or two, as conditions warm up.