Armenian civilians are marched by armed soldiers to an Ottoman Empire prison in April 1915. PHOTO: AMERICAN RED CROSS
Maria Armoudian and James Robins tell the story of an Otago soldier’s intervention in the plight of Armenians in the Ottoman Empire in World War 1 and of Dunedin’s post-war response to the Armenians’ distress.

It was August 1918, somewhere in northwestern Iran. A tiny squad of soldiers encountered the most desperate and miserable sight: 60,000 Armenian and Assyrian refugees, staggering slowly along a trail, pale, dirty, and hungry, all their belongings strapped to their backs. 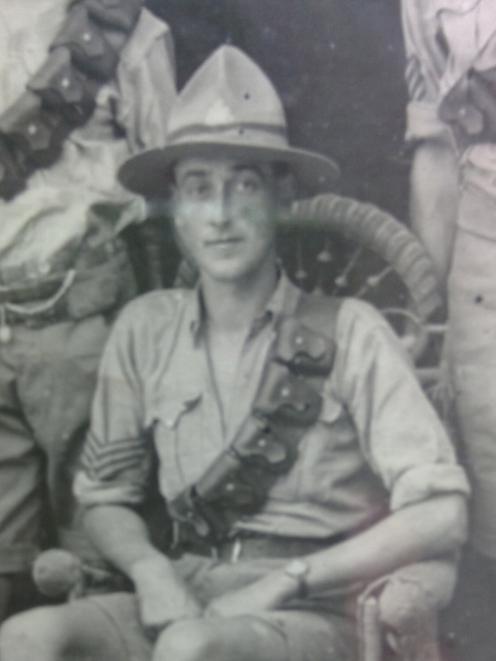 Alexander Nimmo, from The Grange, East Taieri, received the Distinguished Conduct Medal for battling to save Armenians in World War 1. He survived the war and later farmed at Rocklands Station near Middlemarch and on farms near Palmerston. PHOTO: SUPPLIED

During World War 1, the government of the Ottoman Empire - the very regime Anzac soldiers had fought to defeat at Gallipoli - carried out a vicious campaign of extermination against the Empire's Christians, Armenians and Assyrians among them. The flight of Urmia is part of the final phase of what would later be called the Armenian Genocide.

Two men from New Zealand were among those who witnessed its awful consequences and risked their lives to save its victims.

One was Robert Nicol, a decorated Gallipoli veteran from Lower Hutt, and the other was Alexander Nimmo, formerly a farmer from Mosgiel. They had been both called up to serve in an elite unit known as Dunsterforce.

Their task had been to secure the oil fields of Baku, in modern Azerbaijan, but a small detachment including Nicol and Nimmo, under the leadership of Australian captain Stanley Savige, were sent by their commander to see if they could defend the city of Urmia.

When they heard of Urmia's evacuation, Savige called for volunteers. Nicol, Nimmo, and a handful of others raised their hands. Nobody forced them to defend a desperate people. They chose to do so anyway.

On August 6, 1918, with the refugee column stretching kilometres into the distance, the small band of comrades in arms finally encountered the Ottoman soldiers who had been pursuing the weak and dispossessed.

Ottoman rifles aimed for the mules which carried their vital supplies. Nicol, seeing the donkeys topple over, decided to rescue their gear. He passed the machine gun to his fellow New Zealander, Nimmo, and set out into the open where he was hit and killed.

His last words were to a fellow New Zealander in the heat of battle on the other side of the world, far from home, while fighting for a defenceless people.

Nimmo survived, and his courage that day earned him a Distinguished Conduct Medal. He was one of a few Otago residents who responded in their own ways to the humanitarian crisis. 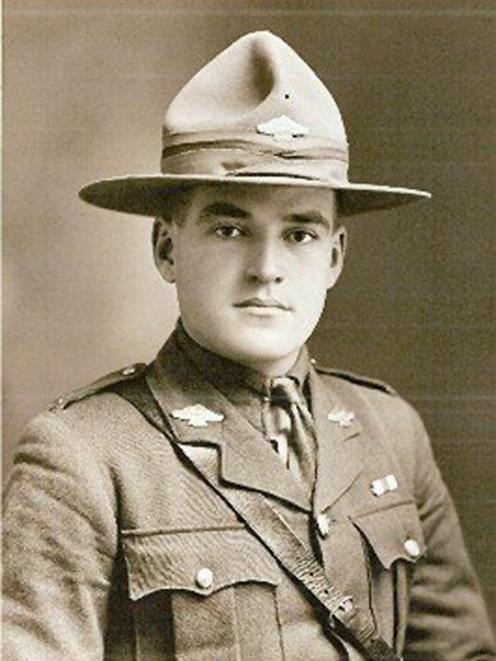 Robert Nicol
After the war, a vast international relief effort got under way. New Zealanders opened their hearts - and wallets - in great numbers. Otago residents took up the plea for aid and solidarity with vigour, working and donating perhaps more than any other region in New Zealand.

In 1922, an American organiser named Loyal Lincoln Wirt toured Australasia, representing the largest Armenian aid organisation, Near East Relief. Wirt succeeded in setting up relief committees in every major town and city - including in New Zealand.

Wirt gave three lectures in Dunedin in late July 1922. The Otago Daily Times reported that Near East Relief was caring ``for no fewer than 110,000 children in 229 orphanages. Nevertheless, there are outside their gates some 200,000 other children, half-naked, sleeping on the ground, living on grass and roots because there are not sufficient funds available to provide for them.''

As a result of his efforts, within days, an Otago Armenian relief committee was formed, with Mayor J.S. Douglas chairing the first meeting. The committee campaigned hard ``on behalf of the sorely-persecuted and starving Christian people of Armenia,'' regularly running prominent advertisements in the Otago Daily Times, hosting lectures, and organising donation cans for churches.

Many women were moved by the plight of their Armenian sisters and become passionately involved, holding street collections, sometimes in the bucketing rain. By January 1923, the Fund has raised 3441 (more than $40,000 in today's money) and a sizeable quantity of goods like clothes, blankets, raw leather, and canned food.

When combined with the rest of New Zealand's contributions, the goods were shipped off to the Australasian Orphanage for Armenian children at Antelias in Lebanon, which was run by a Christchurch couple, John and Lydia Knudsen.

The story of Alexander Nimmo's courage, and the generosity of Otago's people, is but one of many powerful examples of New Zealand's connection to the Armenian Genocide.

This story has largely slipped from New Zealanders' memory because of modern Turkey's vociferous campaign to deny the Armenian Genocide.

But the deep and profound bonds formed through Nimmo and Robert Nicol's sacrifice, and New Zealand citizens' solidarity during those desperate years remains alive in spirit and memory. We must continue to honour that memory, no matter what our powerful friends say.

• Dr Maria Armoudian is a Senior Lecturer in Politics and International Relations at the University of Auckland. Both Dr Armoudian's grandfathers were among the Armenian survivors. Those who would have been her great aunts and great uncles died.

• James Robins is a critic and columnist who is working on a book detailing the connections between Anzac and the Armenian Genocide.

• Armenians say the number of deaths was 1.5 million. Turkey accepts there were atrocities but denies systematic ``genocide''. It instead claims that about 300,000 Armen