Painters given the brush-off by DCC 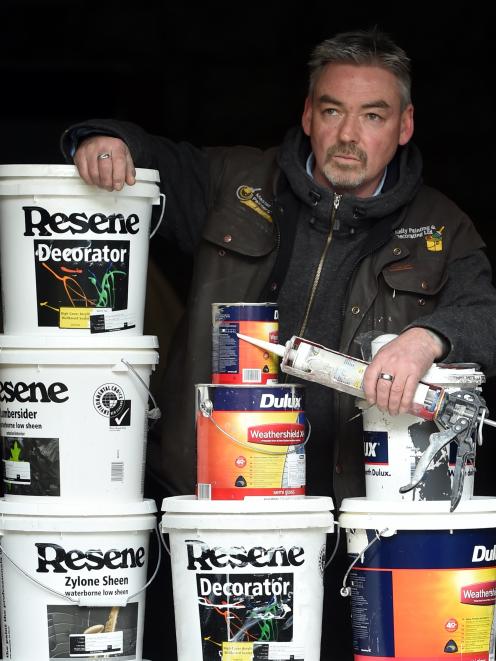 Dean Kelly, of Kelly Painting and Decorating, has accused the council of being ''arrogant'' after it decided not to contract smaller companies to paint the exteriors of council-owned community housing units this summer.

The council had previously contracted smaller companies like his to paint the outside of units needing a touch-up.

However, instead of receiving the usual invitation to tender for painting work at this time of year, Mr Kelly had heard nothing.

He contacted council city property manager Kevin Taylor, only to learn the council had decided to wrap all the work into the existing contract held by DHMC.

The change meant Mr Kelly would miss out on work worth $80,000 to his company last year.

It also left him worried about the future for his two apprentice staff and subcontractors, and questioning the council's handling of the change.

''[The work] just helps the smaller businessman, like me ...

tick along, and that's part of the council's job, surely - to help small business.''

Mr Taylor is overseas and could not be contacted, and assistant manager Rhonda Abercrombie said she was not familiar with details of the change.

She referred questions to council group chief financial officer Grant McKenzie, who would only say the council was simply ''adhering to the terms of the current contract'' with DHMC. The company had been confirmed as the council's preferred supplier for ''painting services'' following a competitive tender process, but the contract did not limit its role to interior work, he said.

Pressed on why that was happening now, when DHMC had held the contract for several years, Mr McKenzie declined to elaborate.

Mr Kelly said he was not the only one to express concern at the change, but others in the industry were reluctant to speak up in case it cost them work.

He doubted the council would achieve savings from the change, but insisted his concern was not a case of ''sour grapes''.

''There's not anyone I've spoken to out there who can understand how it would be beneficial for all of those houses to go to one contractor.

''It's the principle of the matter that concerns me, and not only me.''