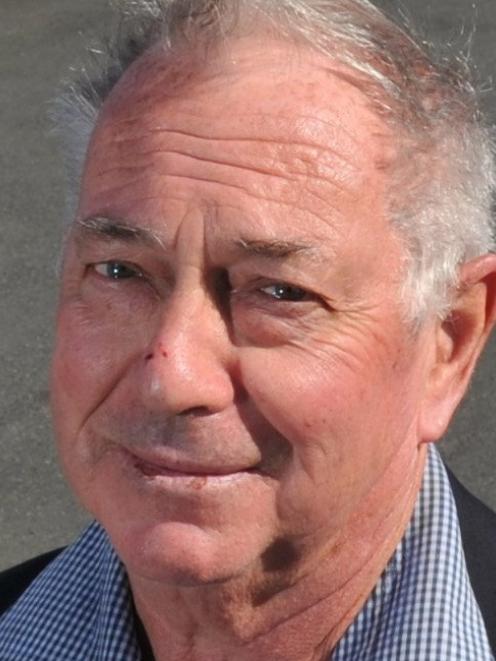 Colin Weatherall.
The likely sale of a busy car park to make way for a new health centre in Green Island will leave motorists searching for parking, a former city councillor and a businessman say.

Concerns were also raised that the Dunedin City Council would profit from a land deal brokered on community goodwill.

The proposed centre - an amalgamation of Green Island Medical Centre in Howden St and The Doctors in Jenkins St - would be built on the council car park accessed from Jenkins St.

The council bought the land from St Margaret's Church about six years ago on the understanding it would be used as a free car park for community use, Mr Weatherall said.

The land purchase and developing work, including sealing and marking, cost the council about $500,000, Mr Weatherall said.

The ''realistic'' sale price reflected the Presbyterian Church's desire for the land to be used as a community car park.

''There was community goodwill in the sale price,'' Mr Weatherall said.

A condition was the church could use the car park for such events as weddings and funerals.

He was concerned the development would result in fewer car parks for the community.

''The developer of the medical centre has to be responsible to provide in the community a replacement number of parks.''

Every car park taken should be replaced by the developer, he said.

Such a project could be beautifying Main South Rd in Green Island, or redeveloping the Sunnyvale Sports Centre.

Council city property manager Kevin Taylor said the information about the deal between church and council had ''opened a whole new spectrum of consultation''.

''It's got no ink on it from anyone at council,'' Mr Taylor said.

The proposed centre would cover 45 of the 61 public car parks, he said.

A condition of the commercial arrangement was the developer contributed for the upgrade of another car park further east in Shand St, beyond the children's playground, for 35 new car parks.

If the centre went ahead with the condition, there would be 51 car parks, 10 fewer than now available for the community.

The 51 car parks would remain free of charge, but 16 of them would have time restrictions.

However, the proposed centre would include another 21 private car parks, Mr Taylor said. They would be ''for their own people and their patients.''

A council-paid valuation of 1250sq m of the car park last year estimated the land was worth $375,000, but the developers needed about 300sq m more of the car park for the centre to be functional and get approval for consent.

The council would ''re-evaluate'' the car park in the next fortnight, the community consultation would continue and the findings would be given to council chief executive officer Sue Bidrose next month.

South Link would complete a land-use consent application, open to public consultation. If consent was approved, the council would proceed with the sale, Mr Taylor said.

He expected a sale could completed by the end of June.

''On paper, it makes sense - a pragmatic and commercial development for the area - but it has got to get over its regulatory hurdle.''

South Link did not respond to calls yesterday but a document leaked to the Otago Daily Times revealed the plan had parking for doctors, staff, an ambulance and a covered drop-off patient entry and consulting rooms.

The centre would be accessed from 210 Main South Rd and from the existing car park access in Jenkins St.

South Link Health Inc is a not-for-profit independent practitioner association with charitable status. The membership base of 501 general practitioners, 386 practice nurses and 211 practice managers and administrators represents all areas of the South Island, with its main office in Dunedin.