Party to mark long success of sporting and social hub 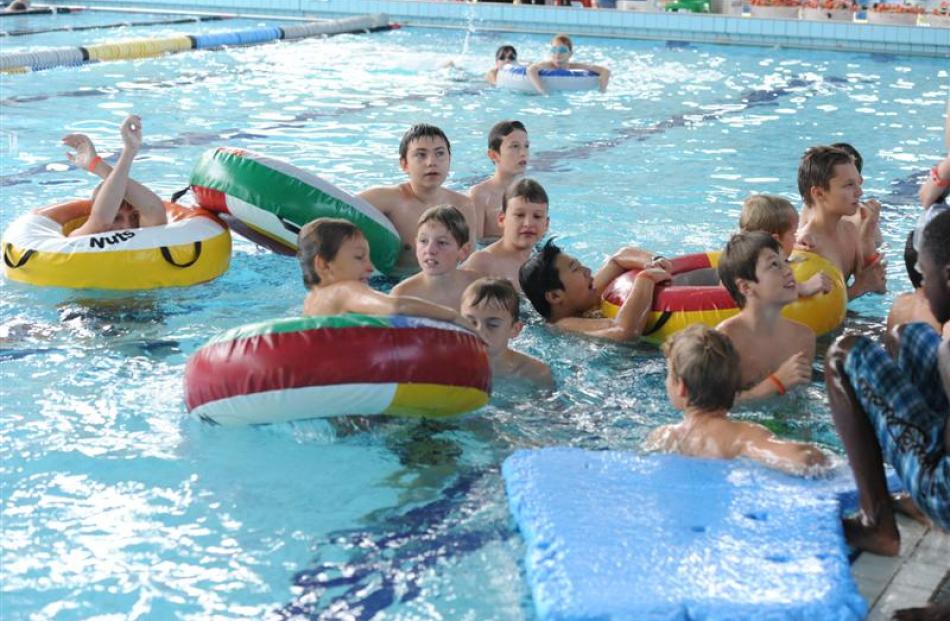 Moana Pool has become a hub for sporting competition, training and fitness, but also a vital space for fun and relaxation, while attracting an estimated 20 million visits since 1964. Photo by Craig Baxter.

Moana Pool's golden jubilee is to be marked with a splash, and Mayor Dave Cull is confident the facility has plenty of life still left in it.

The 50th anniversary of the pool's opening on November 14, 1964, was celebrated yesterday with the unveiling of a photographic exhibition of the pool's early days.

The exhibition will run until February but celebrations will continue with a family ''pool party'' from 10am to midday tomorrow, featuring new inflatables, prizes and entertainment.

The events mark the pool's history and contribution over 50 years as the once controversial project became the hub for aquatic sports, recreation and water safety in Dunedin.

The names of the champions who spent countless hours honing their skills at the pool, including Olympic gold medallist Danyon Loader, are legendary.

So, too, are the people who taught them - swimming coach Duncan Laing chief among them.

Mr Cull said the pool had also served as an important social space for Dunedin's residents, acting as a gathering point, and tearooms and arcade games had been among the attractions to come and go over the years.

''It's fantastic to see a great Dunedin facility reach its 50th birthday, especially a place which contributes to the wellbeing of our residents and is enjoyed by so many.

''It's a place for kids to meet. They go there to swim, but they go with their mates, so it's special from that point of view, and it's a safe social space,'' he said.

Yesterday's events also included an afternoon tea for those with a special connection to the city's pool.

Another to acknowledge the pool's significance to the city was Janet Marquet, the former chairwoman of Diving Otago.

Ms Marquet told the Otago Daily Times her father, Neville Marquet, pushed for the pool's original covered diving well to be included in the early development.

Mr Marquet, a prominent former Dunedin lawyer and member of the Junior Chamber of Commerce - or Dunedin Jaycees - organised the city's first mystery envelope fundraiser to help pay for the project.

Years later, Ms Marquet benefited from his initiative first-hand, as did her daughter, Rebekkah Marquet, a former New Zealand diving representative who trained, and later coached, at the pool.

The pool has transformed over the years to accommodate the needs of a developing city, helped in part by its original design, which anticipated future expansion.

The additions included a learners pool in 1965, the ever popular hydroslides in 1984, a gymnasium - replacing the pool's restaurant - in 1991 and leisure and deep water pools in 2001.

The pool had attracted an estimated 20 million visits since 1964, with up to 650,000 entry tickets a year bought by the facility's users, and demand was showing no sign of easing up.

''We could probably do with two of them,'' Mr Cull said.

''It's one of the most heavily utilised and appreciated facilities in the city.''

Such was its popularity, the council once again faced competing demands for more space at Moana Pool, and calls for a new facility at Mosgiel, as it grappled with ongoing financial constraints.

Whatever decision eventually followed, Mr Cull was sure Moana Pool's future was secure.