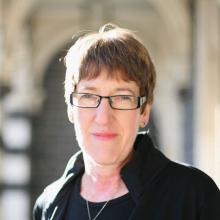 Louise van de Vlierd
Cruise ship passengers were grateful to the  retailers and tourism operators who opened  for them when they flooded the city yesterday.

More than 10,000 passengers and crew from Ovation of the Seas and Diamond Princess flocked to the city, stopping at attractions such as Cadbury World and Larnach Castle as well as Dunedin Railways, which ran limited services for those who had prebooked.

"They got off slower than we anticipated but when they started to pour off, they certainly did."

She did not think the weather conditions disrupted any of the passengers’ activities.

Many  shops were  open for them to visit.

"There were things open for them to do and see and they were grateful for those that were open."

Most tourists were in a good mood  with many wishing retailers a  merry Christmas.

"A lot of them did acknowledge it was Christmas Day and that they weren’t expecting them to be [open]."

The retailers and tourism operators who were open  would have benefited greatly from the visitor boost.

A few tourists  might have been disappointed  they missed out on activities but Ms van de Vlierd said  that was a normal occurrence.

"If you stay on the ship and get out late and come out after everyone has rushed out, then you’re going to miss out even on the best of days."

Two more cruise ships — Radiance of the Seas and Sea Princess — arrive today,  bringing with them about 4200 passengers and 1700 crew.

Cadbury World manager Kylie Ruwhiu-Karawana said the popular tourist destination was busy from 9am until it closed at 4pm yesterday.

She said the tours were fully  booked.

Between 800 and 1000 people went on the factory tour.Despite it being Christmas Day, many passengers left their cabins and came into the city.

"They wanted to get out and explore Dunedin."

The passengers remained  in good spirits even when it started to rain, Mrs Ruwhiu-Karawana said.