Passion for Shakespeare takes pupil to the Globe 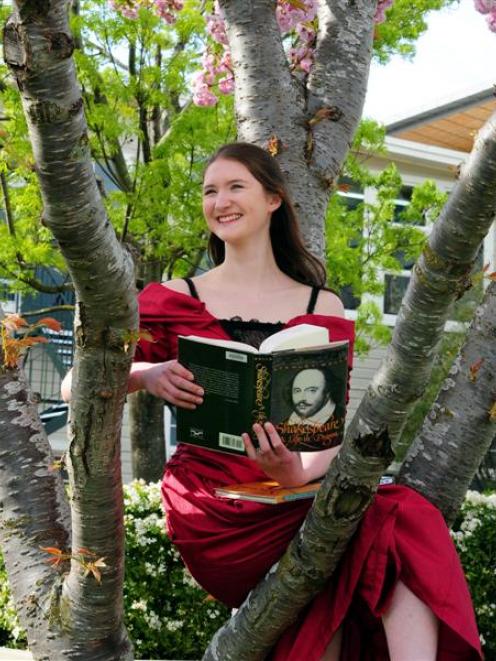 The 17-year-old Columba College pupil has a strong Washington DC accent, picked up from living in the United States for the first 12 years of her life.

Rather than it being an impediment, Aislinn takes it in her stride when delivering Shakespearean lines.

"I try to stay true to the words and deliver them from the heart, with my own voice."

For as long as she can remember, she has been passionate about Shakespeare, and has performed in and directed many of his plays.

"It's so poetic and I also love that he has strong female heroines.

"You can look at the same monologue for 10 years and still find something new. And when you think about how he wrote these plays in quick succession, with such depth, it shows his genius."

Earlier this year, Aislinn won the best actor award at the Otago Sheilah Winn Shakespeare Festival in Dunedin, and was one of 48 secondary school pupils selected nationwide to attend the National Shakespeare Production in Dunedin.

From there, she was one of 24 selected to go to the Globe Theatre in London next July to represent New Zealand as members of the Shakespeare Globe Centre NZ Young Shakespeare Company 2011.

During the tour, she will spend two weeks at a course at the Globe, culminating in a performance of a Shakespeare play on the Globe stage.

She would also spend four days in Stratford-Upon-Avon, the home of Shakespeare.

"I know it sounds so cliched, but it really is a dream come true. I would never have had this opportunity if I lived in America," she said.

Aislinn hopes to study English literature, French and theatre studies next year at the University of Otago, with the hope of becoming a professional Shakespearean actress.