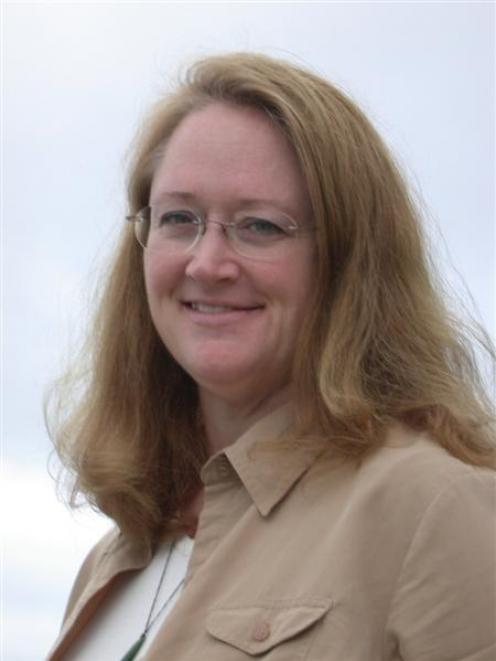 Dr Susan Krumdieck
Dunedin residents will face radical cuts to car use and fundamental changes in the city's design when peak oil hits in the next few decades, says the writer of a report on the city's reliance on fossil fuels.

With 95% of all trips in Dunedin made in private vehicles, changing such behaviour has been identified as the most effective way of lessening demand for fuel in Dunedin.

[comment caption=Are you worried about peak oil?]"Urban villages" and inner city living will need to replace the system of travelling from suburbs to the city for shopping.

"What we are saying is not opinion," University of Canterbury Associate Prof Dr Susan Krumdieck said of peak oil.

The changes, with their wide-ranging effects on every city resident, were vital, she said yesterday.

Peak oil is the point when the maximum rate of global petroleum extraction is reached, after which the rate of production enters terminal decline.

The report said analyses of the world's oil supply showed a 50% reduction in oil production was likely by 2050.

Mayor Dave Cull said yesterday both reports would be used across departments to guide long-term planning.

Dr Krumdieck, an associate professor of mechanical engineering, was assisted by Dr Bob Lloyd, from the University of Otago, who provided background research on economic conditions.

While the goal of cutting consumption by 50% was a challenge, Dr Krumdieck said the issue was a problem only "if you can't start thinking and moving forward".

The surveys showed in the case of only 40% of car trips were there no alternatives, such as walking, biking or public transport.

Watch video.
That figure could move closer to 90%-100% if residents could choose the "optimum location" for their needs.

Shopping trips constituted the highest number of car trips for residents, and central-city and waterfront apartments would have the advantage of being close to the higher density of shopping outlets in the city.

For suburban areas, urban villages would provide shopping, education, medical and other services within suburbs, similar to the historical model before the closure of suburban shopping areas.

The villages would also be a hub for a better public transport system.

The city is expected to benefit from its history as a tramway and cable car centre, with the "skeleton" of that history still in place.

Dr Krumdieck said the council needed to take a lead role in urban design and planning.

It also needed to take a role in encouraging high-efficiency vehicles, and prepare for an "influx of scooters" that met safety, emission and noise standards.

The council needed to make sure traffic engineering developed safe infrastructure for walking and cycling, including 100km of dedicated cycleways.

Dr Krumdieck said technological advances in electric-powered vehicles and biofuels would not result in a fleet of vehicles that would fix the problem.

Hybrid cars "look like the answer", but were not because they could not achieve the levels of consumption savings needed.

"Dunedin has to get past the distraction of promising-sounding alternatives or substitutes, and start working on the transition to a low-energy transport system and urban form."

Mr Cull said a move to the CBD could happen naturally as petrol prices rose.

As the shape of the city was determined by cheap oil, it would be remoulded by more expensive oil.