Pet possum ripper of a story 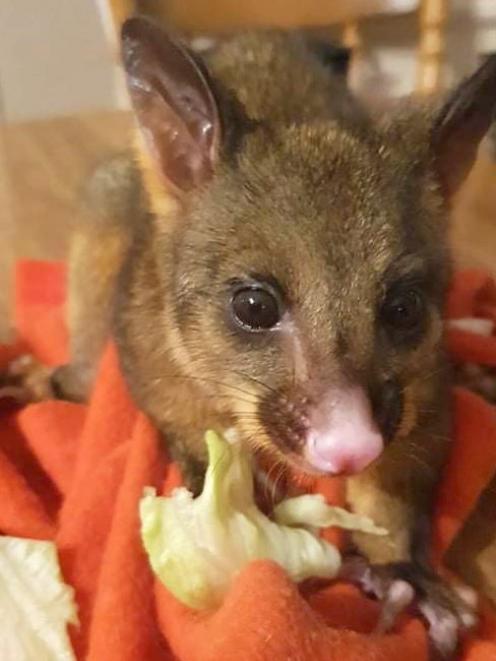 The story, which featured a distressed woman who had been ‘‘held hostage’’ by a possum late Sunday night, was picked up by The Guardian, The Independent and New York Post, among national and international media.

It did not come as a surprise to the Dunedin woman who previously cared for the baby possum that people were interested in her escapades.

‘‘I think people are craving some light-hearted news at the moment, so I can understand why people are particularly amused by the story,’’ she said.

She came to look after the possum after a possum trapper friend trapped and killed Mrs Scoby Lunchbox’s mother, but could not bring himself to kill the baby possum.

As a compromise, he put her in his lunchbox next to his sandwiches and carried her in his backpack while he kept working.

Initially, the woman kept the possum on her cat’s electric blanket in a cat carrier, and fed her sweetened oat milk, carrots, apples and her favourite food, banana.

‘‘I didn’t feel like it was ethical to release her in the wild because of the ecological damage she would cause, but I also couldn’t bring myself to kill her.’’

Eventually, the woman settled on a compromise: to wait until the possum was 1kg and get her spayed before mating season, which is in March.

Mrs Scoby Lunchbox had probably got lost around 10pm on Sunday, about an hour before a distressed woman called police to report she was ‘‘being held hostage’’ by the possum in her Blacks Rd home.

The carer still hoped to find the possum, which was released by police nearby on Signal Hill, so it could be spayed.