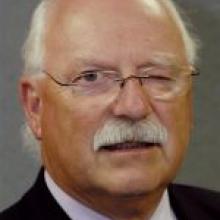 Millar_Errol__Medium_.jpg
Proposals to change the way community pharmaceuticals were funded in Otago and Southland were too gentle and the process to introduce the initiative should be pushed through faster, an Otago District Health Board member said yesterday.

Speaking at the community and public health advisory committee meeting, chairman Errol Millar said he was "personally quite staggered" it could take until October next year to introduce the initiative.

"I just wonder if we are being a little bit gentle on them here.

"I would have thought in the interest of a bit of efficiency in an area we have been talking about for a long time, we should be able to get on with it."

Board chief executive Brian Rousseau said the community pharmaceuticals initiative, if introduced, would bulk-fund pharmacies in an effort to reduce the burgeoning drugs bill in the region, which was growing faster than funding increases.

The initiative would also encourage primary health organisations and GPs to be more efficient with their prescribing.

Mr Rousseau and regional planning and funding senior policy manager Glenn Symon both told committee members there would be no difference to consumers if the initiative was introduced.

Committee member Katie O'Connor said there were savings to be made with the initiative, but its success would be determined by buy-in from pharmacists and GPs.

Participation in the initiative would be voluntary.

Project manager Mark Miller said the initiative would introduce a fundamental shift in the way pharmacies were funded and it was to be expected pharmacists would be concerned.

It was not the board's place to tell pharmacists and GPs how to streamline their businesses, and while the discussion paper did make some suggestions on how that could be done, those details needed to be worked out in consultation with stakeholders, he said.

The committee voted to send the discussion paper to the Otago and Southland boards for consultation with stakeholders.