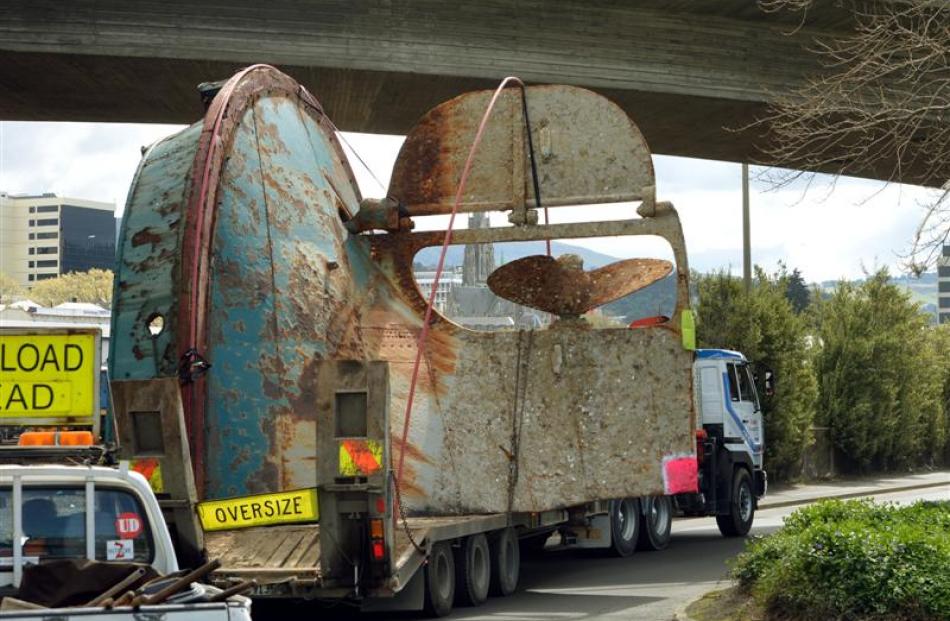 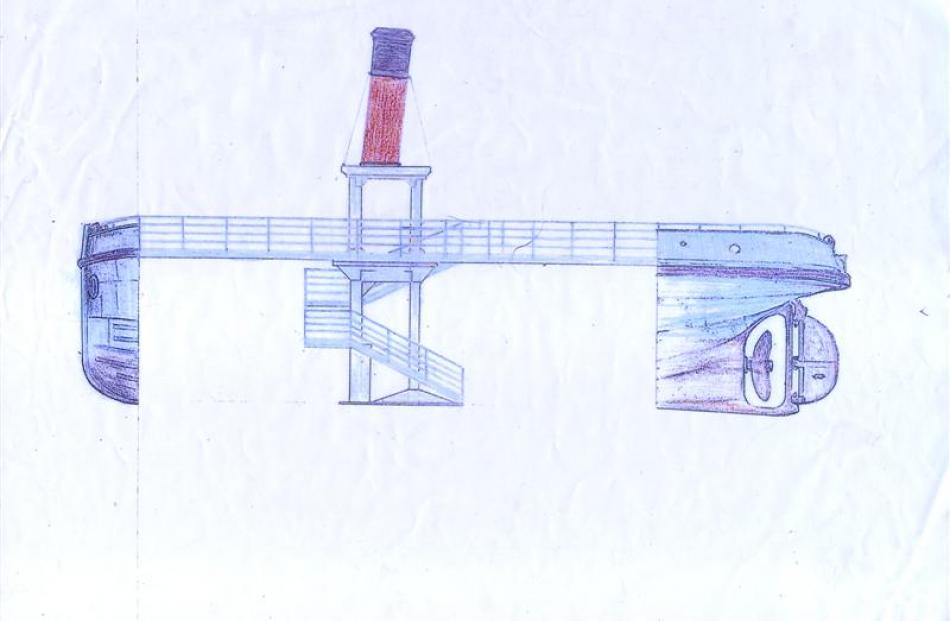 A proposed design for the resurrected stern. Image supplied.

It was a stern test, but they got there in the end.

The 23-tonne stern section of the historic Te Whaka steamship was moved from its Steamer Basin berth in Dunedin to a new home yesterday.

But, the four-hour operation, which started at 9.30am, was anything but plain sailing.

''It only cleared the overhead bridge by 100mm.

We had a permit for 5.5m high, but it was about 5.9m, so the Delta boys came out and lifted some power lines for us,'' Zeal Steel owner Lawrie Forbes said yesterday.

The restoration project would not have been possible without the help of Port Otago, Titan Cranes and Fairfield Transport, he said.

''Everybody's got right behind it and been really generous. Fairfield Transport quoted me $500 for this.''

The project had cost ''about $50,000, so far'', but Mr Forbes said he was motivated by saving a unique piece of history.

''Heritage is so undervalued and we'll never see anything like this again. There aren't many 1910 steamships about anywhere in the world. Once it's in the wrecker's yard, it's gone; it's over.

''Te Whaka was two years old when the Titanic sank. We can't always restore these things, but we can preserve them in some form. People can still benefit from understanding and respecting the ship.''

The stern would be stored at Zeal Steel in Devon St, while a design was finalised, Mr Forbes said.

''It would be lovely to see it back in Glasgow or Lyttelton one day, where its history is.''

Te Whaka was built in 1910 by Ferguson Brothers Shipyard, in Glasgow, for the Lyttelton Harbour Board, where it served as dredge until 1987.

In 1993, the vessel was bought by the Te Whaka Maritime Heritage Trust in Dunedin, with the aim of converting it into a passenger steamer for Otago's 150th anniversary in 1998.

However, fundraising efforts failed and the 324-tonne hulk sat rusting at the Steamer Basin until late last year, when it was sold as scrap to Dunedin metal recycling business Everitt Enterprises.