Since appearing on television, Georgia and her mum Anna have been snowed under with orders from around the country and overseas.

Georgia said sometimes strangers stopped her on the street and asked "Are you the poi girl?''. 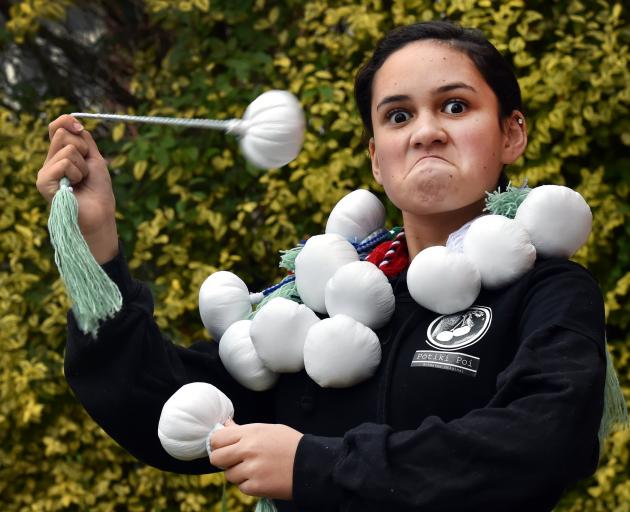 Recently a company from the North Island placed an order for 500 pairs of poi, and schools commonly requested poi in their school colours.

Georgia and Anna said Potiki Poi soon hoped to employ a small team of people of diverse abilities from Cargill Enterprises to keep up, and had a Kickstarter campaign going to help make that possible.

She had plenty of free time because of the school holidays, but once the new term started it would be difficult to juggle schoolwork and poi-making, Georgia said.

Black wool was always in high demand, and this winter she was scouting around for second-hand wool from local carpet companies.

Potiki Poi was run with the help of their wider family and had four principles: promoting Maori culture, creating an environmentally-friendly product, helping people with disabilities, and making a profit.

Georgia said her younger brother Api, born this year, had Down Syndrome.

Her company was named after Tahu Potiki, founder of Ngai Tahu, but "potiki'' also meant youngest child, and by naming the company "Potiki Poi'', Georgia wanted to celebrate Api's special place in her whanau.