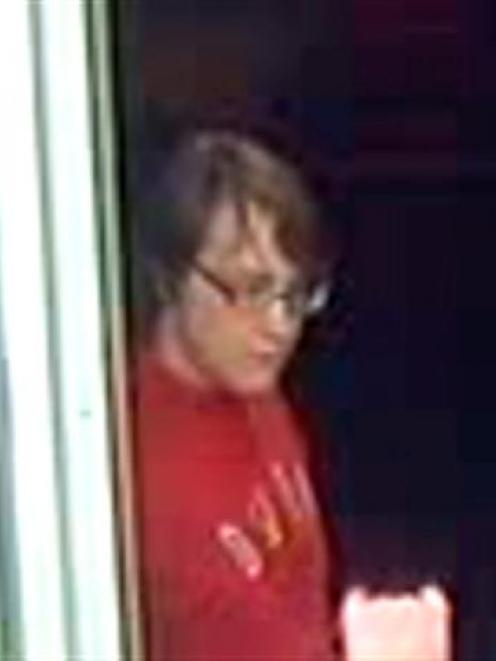 Police would like to talk to this man, who they believe entered the Regent Night 'n Day store either during or shortly after Monday's armed robbery.
Police fear the men who robbed a Dunedin convenience store at gun and knifepoint this week will strike again unless people with information come forward.

The men needed to be caught to stop them committing another violent robbery and hurting more innocent members of the public in the process, the officer in charge of the investigation into the armed robbery of the Regent Night 'n Day store said yesterday. 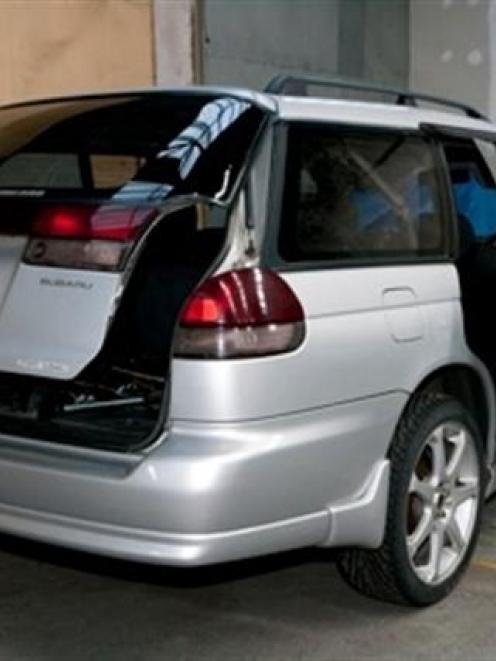 Police are seeking sightings from last weekend of this vehicle, which was believed to have been used by those involved in the robbery. Photos from NZ Police.
Monday's robbery was particularly violent - one member of the public was kicked in the head and knocked unconscious, the sole staff member was kicked, punched and robbed, and a second member of the public was forced to the ground at gunpoint. Police did not want a repeat performance, he said.

He yesterday issued new pictures of the stolen Subaru stationwagon police believe was used during the robbery. The car was stolen from Orr St, Concord, between 11pm last Saturday and 11am the next day.

It was located in Elm Row on Tuesday.

"Someone may have seen this vehicle in their street or at a friend's house during the day of Sunday."

Police also issued a picture of a witness they would like to speak to. He entered and left the store either during or shortly after the 12.30am robbery.

Det Sgt Hanna also urged Dunedin business owners to review their security systems and the amount of cash they kept on their premises, in light the "recent increase in robberies in Dunedin".

Police are still investigating two other robberies and two attempted robberies in the city this month.

In one robbery, a man allegedly held up a service station at knifepoint; in another a man, who allegedly implied he had a gun, robbed a Kiwibank outlet.

Three people have been arrested in relation to those incidents, but police inquiries are continuing.