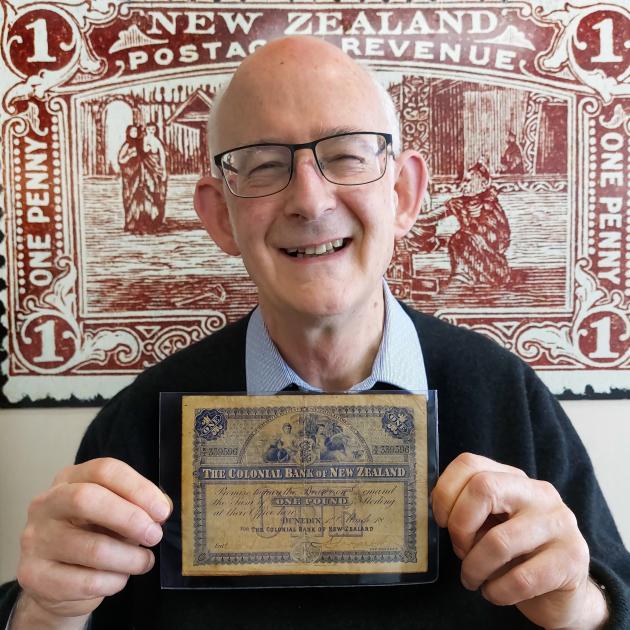 But to an Otago collector at a recent Mowbray auction, it was worth every cent of the $9564 they paid for it.

Mowbray Collectables coins, medals and banknotes director David Galt estimated it to be worth about $8000 because of its rarity, and was delighted when it sold for even more at last Friday’s auction in Wellington.

The new owner wanted to remain anonymous and declined to speak about their purchase yesterday.

The Colonial Bank was founded by Otago businesspeople, including William Larnach, in 1873, and stayed in business until 1894 when it hit hard times.

The note was one of only three known to be in private hands, Mr Galt said.

The auction house previously sold another Colonial Bank note in early 2020, for more than $17,000.

‘‘Very few issued bank notes from any Dunedin banks come on the market,’’ he said.

Also up for sale at the auction were rare coins and stamps.

Among them were four mint pattern New Zealand $1 coins, which were struck as trials between 1982 and 1986.

There was also strong bidding on stamps, and one in particular, the 12 shillings and sixpence purple New Zealand stamp from 1925, which sold for $64,500.

Other rarities in the catalogue included the first decimal note signed by a Reserve Bank governor — the $10 with serial NJR 000001 signed by Sir Spencer Russell.