Pro-lifer's battle 'does not stop' 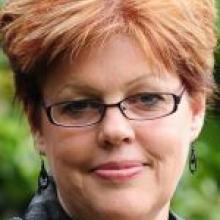 Mrs Stanek, who addressed a public meeting in Dunedin last night during a national tour, said that in 2009, for the first time since the question was asked each year starting in the mid-1990s, more Americans considered themselves to be against abortion than for it.

President Barack Obama's opposition to legislation extending legal rights to babies who survived an abortion was extreme "even for a liberal", she said.

Mr Obama's voting record on the Born Alive Infants Protection Act turned many Americans off abortion altogether, as it had seemed cruel.

A nurse turned full-time campaigner, Mrs Stanek is best known for her stance against "live birth abortions" performed at her former workplace, Christ Hospital in Illinois, from which she was eventually fired.

About 11 years ago, she became aware of an abortion method performed at the hospital, inducing a baby pre-term, who then died during delivery or soon after.

In the event of a baby surviving for any length of time, some were cradled by parents or staff, while others were left alone to die, she said.

Mrs Stanek campaigned for the legal rights of babies who survived birth, and was proud of the Born Alive Infants Protection Act signed in 2002.

However, "the battle does not stop here, because this practice must still be exposed, and the laws enforced".

She was impressed by the enthusiasm for the pro-life cause she had seen in New Zealand on her speaking tour, supported by youth group Prolife New Zealand.

The young pro-lifers could be termed "abortion survivors" as most were born after the procedure was legalised in New Zealand, in late 1977, she said.