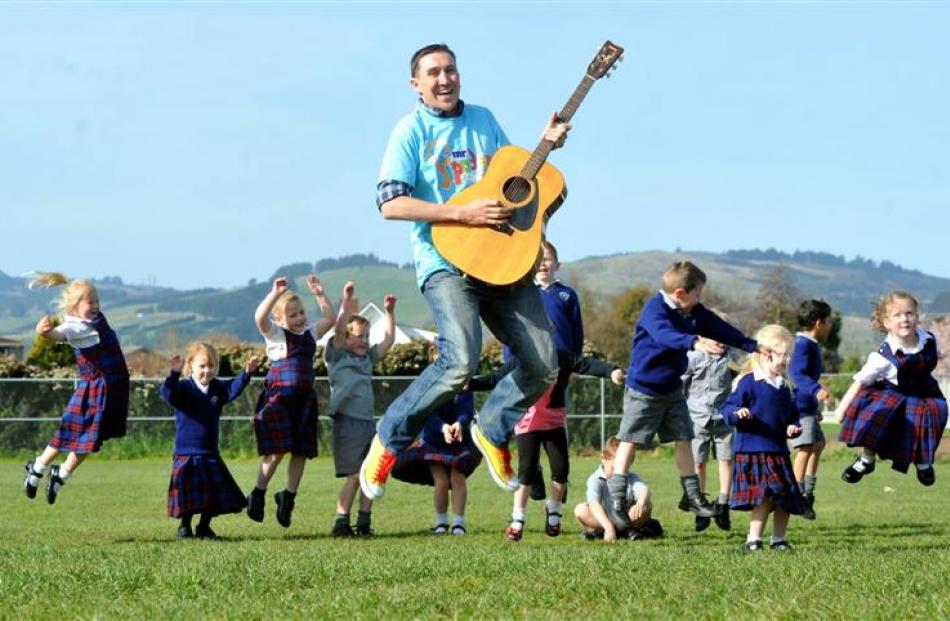 The power of positive thought has made a former Mosgiel man a household name.

Dean O'Brien has been winning hearts around the world with his ''Mr Yipadee'' character, which was developed to promote positive thinking and self-belief in children.

But it only happened with a lot of positive thinking and self-belief of his own.

''I lost my job in June last year at a Manchester radio station and it was really scary, because my daughter, Evolet, was only 6 months old at the time,'' Mr O'Brien said this week.

He developed his Mr Yipadee character with his wife, Lani, and produced an album of songs and games to make children feel good about themselves, Mr Yipadee - Yes I Can Club.

''Kids absorb stuff and if you surround them with goodness they get the best foundation in life,'' he said.

Then came fan mail from Men are from Mars, Women are from Venus author John Gray.

''I couldn't sleep for two days after I got that,'' Mr O'Brien recalled. A month later, the album topped the United Kingdom iTunes children's chart.

''I couldn't sleep for another two days after that.''

Within weeks he was headlining the children's concert at the Glastonbury Music Festival.

''That was incredible. There was the Rolling Stones and all these amazing bands playing and here was little old Mr Yipadee.''

Mr O'Brien (35) grew up in Mosgiel, attending St Mary's School and Taieri High School, and was back from Preston, England, visiting his parents, Brian and Maxine, this week for the first time since his Wanaka wedding to Lani in February 2010.

He was also given a rock star's welcome at St Mary's School.

''It really is the best job in the world. I think what Mr Yipadee shows is that if you put good stuff out there you get good stuff back. It can be a bit scary sometimes, but you have to follow your heart,'' he said.

''But the best thing is my daughter's going to think I'm cool until she's at least 6 and a-half. After 7 they start throwing things at me, which isn't so cool.''