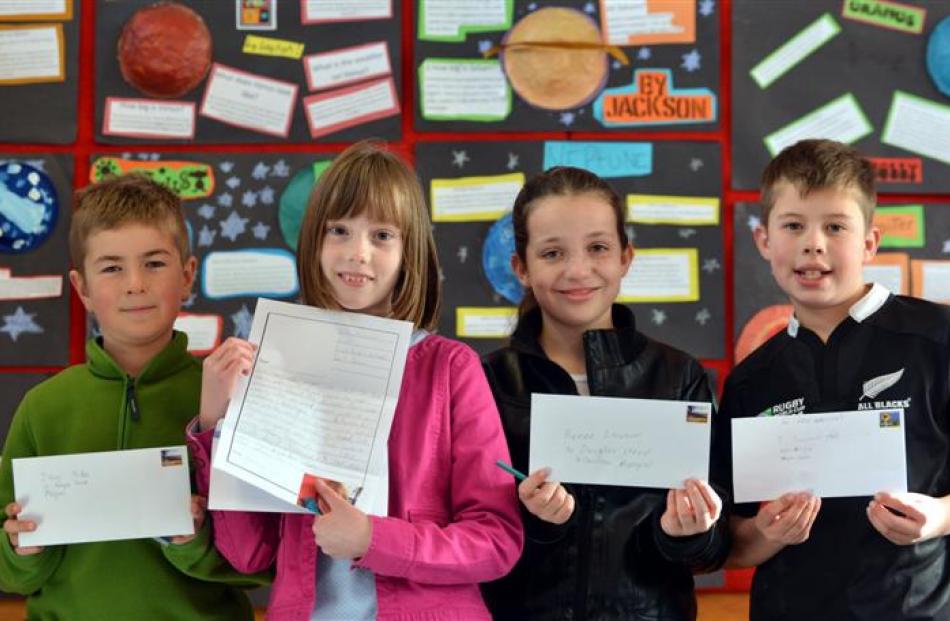 IN an age where most of our written communication is via email, texting and social media, East Taieri School has ''stepped back in time'' to rediscover the art of letter writing.

Principal Jennifer Horgan said letter writing was a foreign concept to many pupils, who believed it was something people did in the ''olden days''.

So she decided to join schools across the country in the annual Snail Mail Day last Friday.

The event was established by New Zealand actress, director, teacher and author Judi Billcliff, who wanted children to experience the joy of corresponding with family and friends in the traditional and more personal way - via letter.

Mrs Horgan said there was a concern the ability to write letters was dying out, and some children would grow up without knowing what a letter was.

Pupils wrote letters, put them in envelopes with postage stamps and posted them in a nearby New Zealand Post letter box, in the hope the addressee would read it and write back.

Mrs Horgan said some of the school's 297 pupils were surprised, if not a little confused, by the practice.

''Some have never written, or even received, a letter before. So the teacher had to explain to them how to set a letter out.

''It was a lovely opportunity for them to send a letter to someone who is important to them.''

Mrs Horgan said pupils would be encouraged to continue writing letters, particularly near the end of the year, when they would also be asked to write Christmas cards.