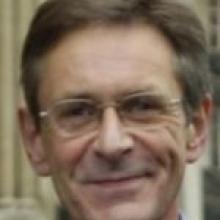 Kevin Dawkins
An Otago law professor is surprised direct evidence alleging David Bain had plans to use his paper round as an alibi for committing a crime was not allowed to go before the jury when evidence verging on hearsay and detrimental to Robin and Laniet Bain was.

"It raises a question about how the defence led a wide range of evidence about four people who could not answer for themselves, yet a direct witness made a statement that was excluded," criminal law professor Kevin Dawkins said.

The evidence was that of Dunedin man Mark Buckley, who went to school with Mr Bain, and to whom Mr Bain told his plans five years before the Bain family murders to rape a woman and get away with it, using his paper run as an alibi.

It was one of several pieces not put before the jury under order of the court because they were considered too prejudicial to Mr Bain's case.

Another was a segment of David Bain's 111 call to the ambulance service after he found his family dead in his home on June 20, 1994.

In that evidence, the Crown alleged the words "I shot the/that prick", which would effectively be a confession, could be heard under Mr Bain's breath.

Suppression orders on the evidence were lifted yesterday by the Supreme Court and the Court of Appeal.

The defence lodged more than 15 appeals in the appellate courts.

Mr Bain opposed the lifting of the orders because it was "not in the interests of justice", but Supreme Court chief justice Dame Sian Elias said it would be an extraordinary step for the court to keep its reasons for making any decision secret.

She said the initial reason for suppressing the judgement was to ensure Mr Bain's right to a fair trial.

That reason no longer existed because the trial was over.

Mr Bain was found not guilty last week of the murders of his family.

Where matters seemed to be evenly balanced in terms of whether evidence had a great probative (tending to prove) value or prejudicial effect, it was usual to allow the jury to decide what weight to give the evidence, Prof Dawkins said.

In the Bain case, the appellate courts had been "extremely cautious" when they decided not to admit the direct evidence of Mr Buckley, especially after the foundation of the Privy Council's judgement to quash Mr Bain's prior convictions was that the jury should hear all the relevant evidence.

The alibi plan evidence was more directly relevant tothe case than the analysis of the disputed words in the 111 call, which the Supreme Court had ruled as irrelevant because it was unable to be proved.

No attack on the jogger occurred.

Bain campaigner Joe Karam told a media conference in Auckland yesterday allegations there was a confession on the 111 tape had been dismissed by experts.

Seven Crown witnesses were unable to tell if there were words, let alone what the words meant.

"There is no confession on David Bain's 111 call; there are no words. If it hadn't been so serious, it would have been a bit of a joke," Mr Karam said.

All experts analysing this tape had recognised the voice of a very distressed caller who was having difficulty catching his breath.

"They all acknowledged the existence of a number of passages where he was struggling to get words out, as one would expect from a person in a panic-stricken state," Mr Karam said.

"So any suggestion that some kind of confession or words existed is totally refuted by myself and by David Bain, and as stated in the Supreme Court judgement, by the experts who have considered the tape."

"There is nothing on the tape of any value whatsoever. It depends who tells you what's on there first as to what you hear. If someone tells you it says `I can't breathe', you hear that. They are non-sounds that may be heard, and all the world experts agree."

Dr Chris Gallavin, of the Canterbury University School of Law, told The New Zealand Herald while the alleged comment on the 111 call would have no impact on Mr Bain's murder acquittal, it would influence public opinion.

"In a sense, it's going to feed the rumour mill, and the conspiracy theorists. Whether we think David had something to do with it or not, he's been acquitted by a jury.

"It's just a further element that speaks in favour of David never really being able to get out from under the cloud of suspicion.

"A significant portion of New Zealand is going to use this as further evidence that he actually [committed the murders]. I don't know if we are ever going to leave him alone. He may have to leave New Zealand to get some peace."

Police declined to comment on the 111 call or any other matters yesterday.