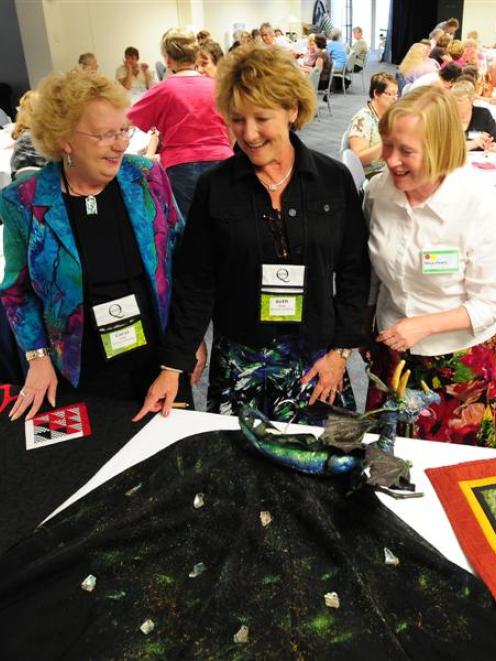 The author of 17 books on quilting, which have sold more than a million copies worldwide, was visiting Dunedin with 40 other quilters "on a trip of a lifetime".

"We have had a great time," she said.

Dunedin was the penultimate stop for the quilters, who have already visited Auckland, Rotorua, Wellington and Christchurch. They will leave for Queenstown today.

While the New Zealand version of the art form differed from its American counterpart in terms of colour and the subjects chosen, quilting was the same world-wide, she said.

"We all love what we do, and it is becoming increasingly popular."

None of the touring party brought examples of their work with them, so they could leave room in their suitcases for New Zealand fabrics, she said.

"We are doing our bit for your economy."

The editor-in-chief of McCall's Quilting, Beth Hayes, of Colorado, said the tour group had enjoyed its time in New Zealand and would take away not only memories but some new quilting techniques.

Of particular interest was Maori-influenced art, which would be of great interest to her more than 200,000 readers, she said.

About 30 members of the Quilters and Patchworkers of Otago hosted the group at a get-together yesterday.