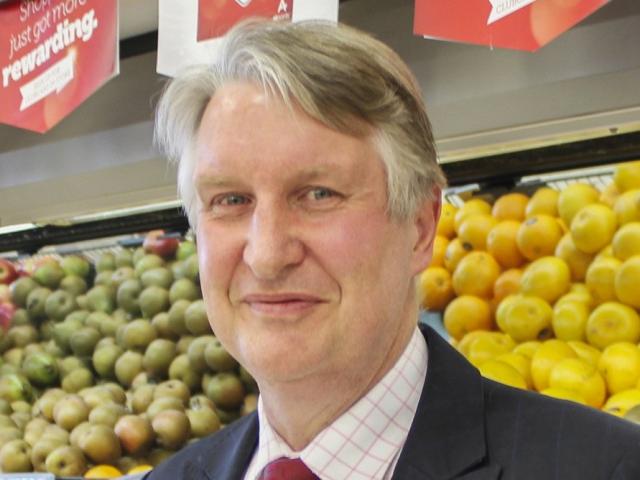 Steve Anderson.
Foodstuffs has abandoned plans to build a $3 million to $3.5 million Raeward Fresh store at a South Dunedin site.

Foodstuffs South Island Ltd chief executive Steve Anderson said it had given up on the plans for its Midland St site, but did not respond to questions about whether it was looking for another site in the city.

Mr Anderson said the restrictions included in the Dunedin City Council's resource consent meant building a Raeward Fresh at the Midland St site was not feasible.

''We are genuinely frustrated to have applied for a resource consent for one business and been approved consent for a completely different type of business, which makes no sense,'' Mr Anderson said.

Foodstuffs had previously not completely counted out building the store on the site.

Former Dunedin City and now Otago Regional councillor Andrew Noone, who was chairman of the committee which made the decision, defended the restrictions, which included limiting the store to the sale of fresh produce, flowers, fresh meat and meat products.

There were good reasons for the restrictions, as the site was ''clearly'' in an industrial zoned area, Cr Noone said.

''The Raeward Fresh proposal was obviously bringing people to essentially carry out a retail activity and reverse sensitivity issues were at stake.

''We were also obviously concerned about Raeward Fresh morphing into a supermarket,'' he said.

The neighbouring businesses, which included transport distribution centres and a panelbeater, were ''not generally conducive to having retail next door''.

There was also the risk that granting consent without the limitations could set a precedent for other retail businesses to move into industrial areas of the city.

Foodstuffs had the opportunity to appeal the decision in the days after it was issued and could still revisit it now by applying for a fresh consent.

Asked if Foodstuffs would consider reapplying for resource consent, Mr Anderson replied in an emailed statement saying: ''The cost of another resource consent, and the lack of surety around the application and its success, is prohibitive.''