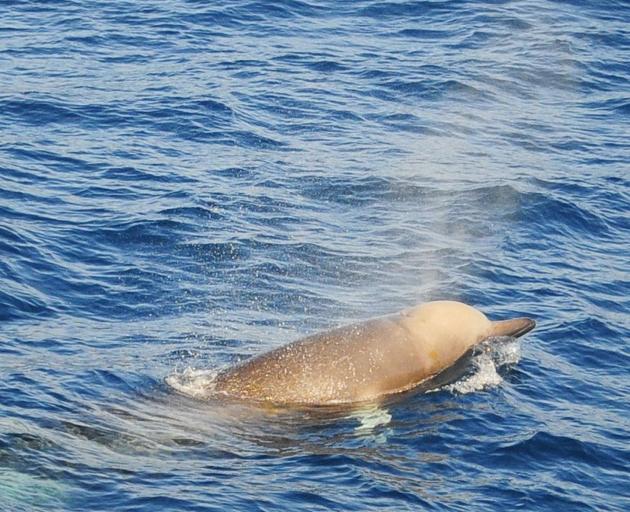 And audio recordings of their vocalisations, rather than sightings, could be researchers’ best bet to learn more.

University of Otago marine science researcher Dr Will Rayment said three trips in the university’s research vessel Polaris this month were taken in order to make audio recordings of the clicking vocalisations made by Shepherd’s beaked whales. 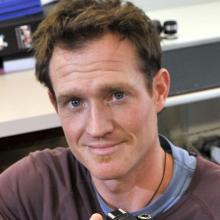 Simply seeing the deep-diving 7m whales twice in the three outings was reason to celebrate.

Dr Rayment said the research trips were the first time that specialist recording equipment had been used to record the whales’ clicking vocalisations, used for echolocation, to find their way and to find food.

The outings had been "a bit of a long shot", he said, given Shepherd’s beaked whales were considered a very elusive species.

"Beaked whales generally are very elusive: they tend to live in deep water that’s often quite far from land, they tend not to be particularly obvious at the surface, and so going out with the specific intention of finding beaked whales was a bit of a long shot. But, amazingly, we did.

"It looks like we’ve got a hotspot for the species here," he said.

Before 2008, the whales, only found in a band of cool temperate waters in the southern hemisphere, were known only from strandings.

In Otago, they were first confirmed with an at-sea sighting in 2016. From 2016 to 2019 there were five confirmed sightings.

With these two further sightings this month (a pod of four whales and then a pod of 10) researchers have recorded seven confirmed sightings of the whales in the area, in both summer and winter months.

Dr Rayment was among those who first "opportunistically" recorded Shepherd’s beaked whales in 2017.

However, because the researchers had not gone out with the intention of recording the animals, the recording gear at their disposal at the time had been unable to record the full spectrum of their sounds.

Over the course of the year, the researchers would improve their recordings through refining their techniques, including placing the recording device, a hydrophone, on a drifting buoy, which would allow it to be kept in the water longer.

The aim, Dr Rayment said, was to conduct a comprehensive study of the full range of the whales’ sounds.

Understanding each species’ vocalisations allowed scientists to identify what species were present in routine acoustic monitoring, he said.

But further, a "dream" for marine scientists was to place a long-term mooring in the Otago canyons, in that way estimates of how many whales frequented the area might be possible, he said.