By David Loughrey
0 Comments
Current and former workers at Hillside yesterday could not contain their joy at the massive investment to revitalise the workplace they clearly care deeply about.

Mechanical engineer Graeme Sayer began working at Hillside in 1980, was made redundant in 2012 with many others, and returned this year.

He said the return of Hillside to its former status as a major employer would be good not just for the workers, but young people keen to train.

Mr Sayer said he was ''absolutely gutted'' at the closure of the workshop in 2012.

''We were working our guts out, and we were doing good products, and we were putting out good work, and we had the work cut out from underneath us.''

He said investment in the site had been a ''vain hope for many years''.

''Hillside's an old girl. It was sad to see the old girl go down; it's good to see her come back again.'' 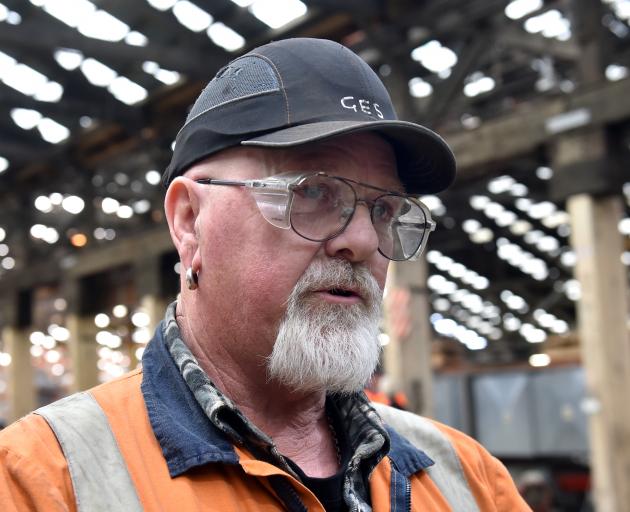 Young people who were not interested in university but had good skills had nowhere to go, and the ability to train at Hillside had gone.

Mr Sayer said it would be good to have apprentices back at the site.

Jim Kelly, a former Hillside worker and Rail and Maritime Transport Union national president, fought against the closure of the workshop.

At the announcement yesterday he said he was ''over the moon, happy as Larry''.

''It's the best thing that could ever happen to Dunedin.''

He and others had fought hard to keep the site open despite ''troubles all the way along''.