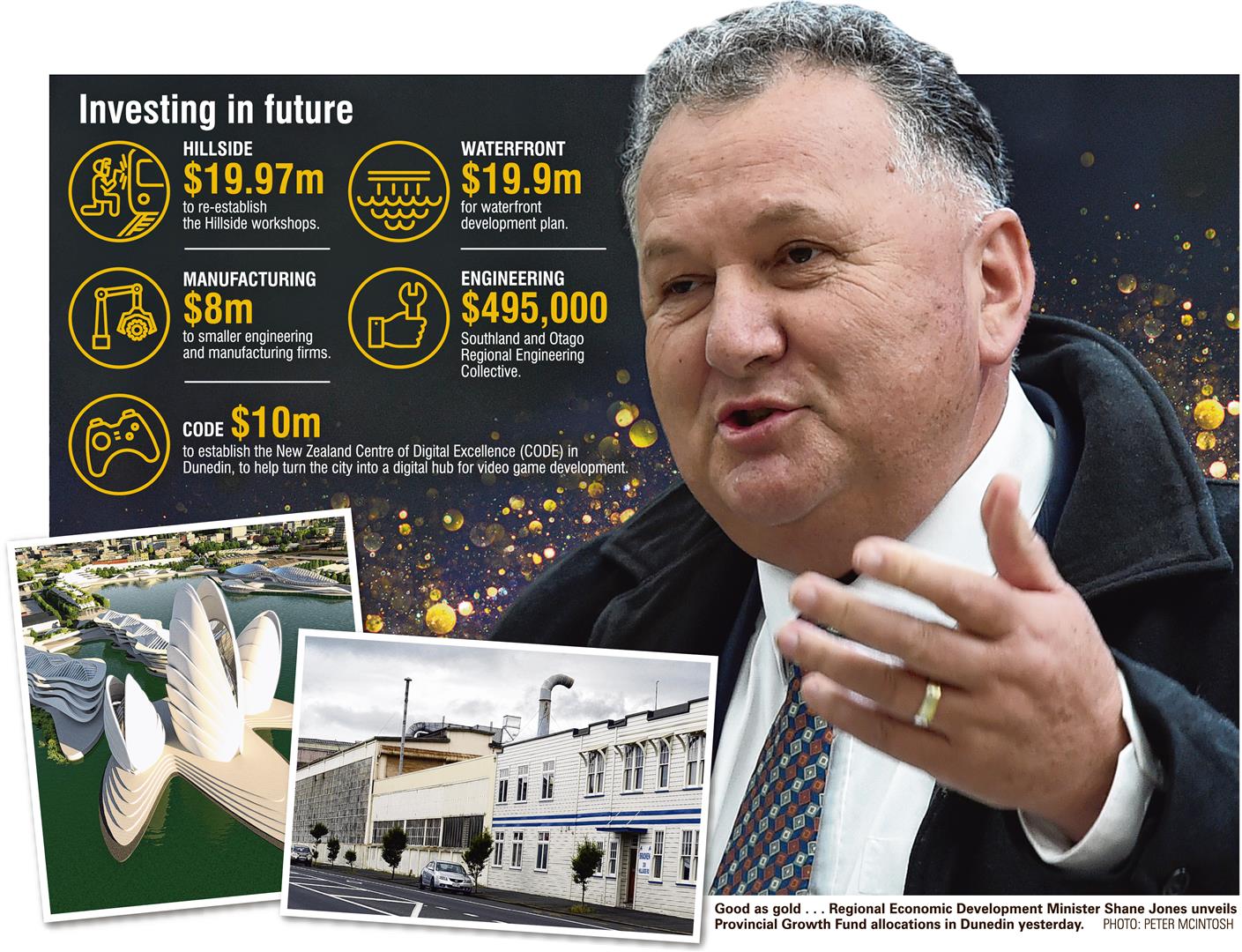 A $60 million cash injection for Dunedin's economy is set to deliver hundreds of new jobs, and represents the biggest regional development initiative in the city in half a century, Economic Development Minister David Parker says.

Mr Parker and Regional Economic Development Minister Shane Jones were in Dunedin yesterday to announce the funding, drawn from the Provincial Growth Fund, for the city's engineering and digital sectors and the city's waterfront development plan.

That included $19.97 million to re-establish the Hillside workshop as a mechanical hub and heavy engineering facility to service KiwiRail's trains.

Almost $8 million more was allocated to smaller engineering and manufacturing firms, including $5.8 million towards the establishment of a dedicated manufacturing agriculture technology business unit within Dunedin-based company Scott Technology.

It also included nearly $500,000 for the Southland and Otago Regional Engineering Collective (SOREC), as it looked for ways to reinvigorate the sector.

Another $10 million was confirmed to establish the New Zealand Centre of Digital Excellence (CODE) in Dunedin, to help turn the city into a digital hub for video game development - and its spinoffs - in New Zealand.

The centre was expected to create dozens of new gaming studios and hundreds of jobs in the city, while helping grow the $143 million video gaming sector to a $1 billion industry over 10 years.

And the city's waterfront development plans have also received a significant cash injection - even if not by as much as hoped - with a further $19.9 million allocated to support the project.

The funding would pay for the first stage of groundworks, infrastructure services and the development of public space envisaged as part of the project, on the north side of Steamer Basin.

Developments on the southern side of the basin were expected to follow in subsequent stages.

And smaller projects did not miss out either, including an allocation of $63,000 to help Otago teenagers enter careers in forestry.

Mr Parker, who is 59 years old, told media the funding announcements represented ''the biggest regional development initiative that the Dunedin area has seen in my lifetime''. 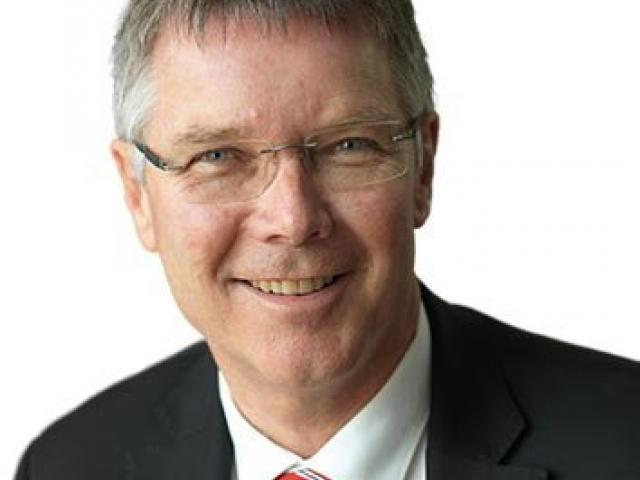 The investment in Hillside alone was expected to create 100 new jobs over time, as well as sustaining other engineering jobs in the city.

Dunedin North Labour MP David Clark, who was also on hand for the announcements, said the city should be ''absolutely delighted''.

''The scale of the investment hasn't been seen in decades in Dunedin.''

Dunedin Mayor Aaron Hawkins said the financial support for CODE, in particular, represented a ''major endorsement'' for the city and its ability to make ''a significant contribution to New Zealand's growing digital economy''.

DCC planning and environment committee chairman Cr David Benson-Pope said the waterfront funding was also still ''a significant boost to the city and recognises the importance of the upper harbour to Dunedin and its economy''.

Otago Chamber of Commerce chief executive Dougal McGowan said the announcements were ''positive news for the city'' that would, at Hillside in particular, bring economic development and new jobs.

It was also a first step towards remediation of the site after years of campaigning to keep the facility going, he said.

The support for CODE highlighted the city's existing ''excellence'' in the sector, ''but also the opportunity to grow this'', he said.

That included the university creating a visiting chair in computer game development for the duration of the CODE funding, he said.

''The opportunities it [CODE] will unlock for gaming and health innovation are very exciting for our local education and industry sectors and potentially transformational for both Dunedin and our wider region.''

Only an ideological curmudgeon would gainsay good news.

And yet it's already started.

Thank you Winston
Thank you Jasinda
Thank you Shane
Glade you could be here for the photo op David.
It's always good when government, hands back some of the tax you have taken off us. It is also good when they acknowledge that the south has been neglected / taken for granted / robbed, take you pick or apply all, for such a long, long, long time.
Dunedin was once the power house of NZ. That is why we have such lovely old buildings, NZ's first university and so many rail trails.
Anyway, the past is the past !
We should be positive !!
We should be appreciative !!!
We should be forward focused !!!!
Because, WE WILL MAKE THE SOUTH GREAT AGAIN !!!!!
(with your permission, of course)

Hope the money will go to where it is needed and not to some overpaid 'manager' clipping the ticket ala dcc owned companies.